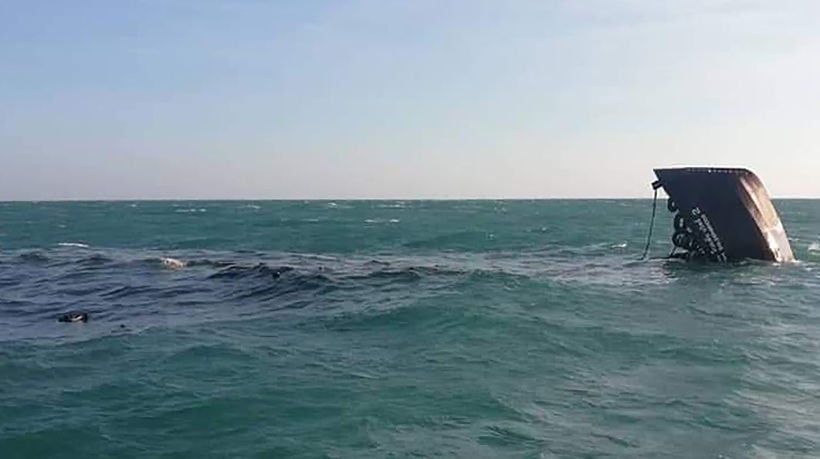 The Royal Thai Navy has sent two ships to prevent a 4 kilometre-long oil slick from advancing toward Thailand’s eastern Gulf coast. The vessels are equipped with skimmers, oil booms and oil dispersants contain the spill.

The oil slick came from a sunken tanker, the Golden Bridge 2, that capsized and sank in high seas on December 3. It was about 15 kilometres from Si Chang Island off Chon Buri province moving west, according to the Geo-informatics and Space Technology Development Agency.

The slick is estimated to contain around 20,000 litres. The Golden Bridge 2 contained about 104,000 litres of oil when it capsized.

GISTDA says it’s closely monitoring the slick’s movement using its Sentinel 2A satellite and has been analysing the situation via radar.

The Department of Natural Resources and Environment fears the oil could damage marine life and corals around Koh Si Chang, just off the Laem Chabang coast, mangrove forests along the coasts of Phetchaburi province and even Bangkok.

Three sailors were rescued from the Golden Bridge 2 boat, on the same morning that a Burmese fisherman was rescued by the Navy after surviving ten hours alone at sea. 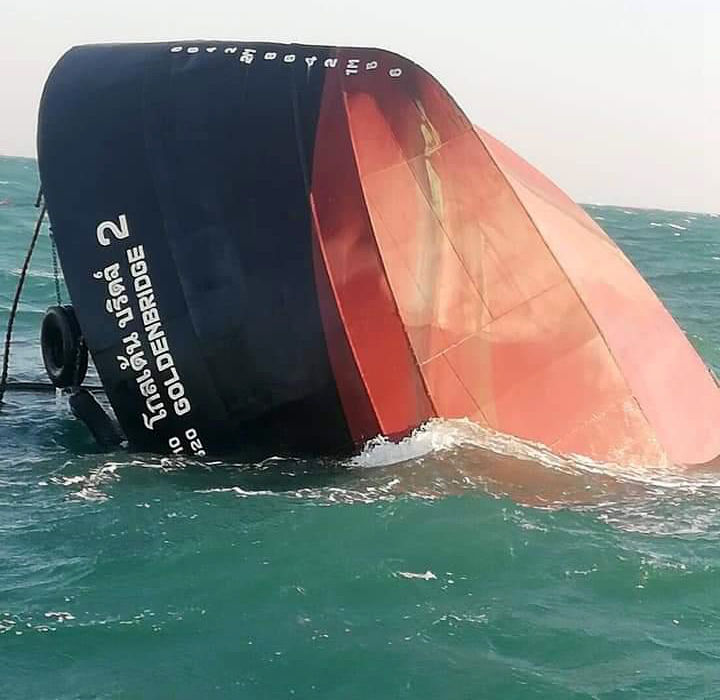