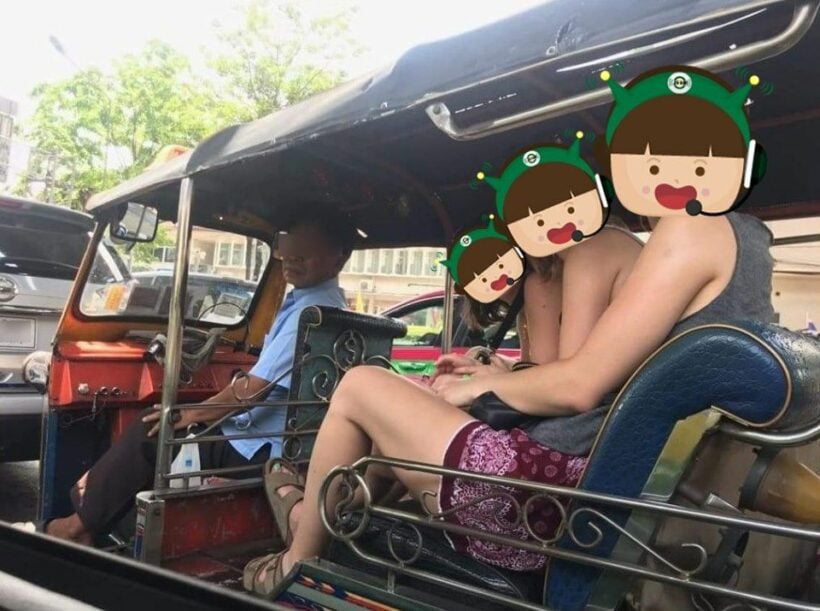 A tuk-tuk driver, who charged three American tourists 1,500 baht for a trip in Bangkok, has apologised for his actions and admitted to over-charging them. He also faces a hefty fine.

Lt Gen Terapon Kuptanond, commissioner of the Tourist Police Bureau says, “tourist police had tracked down the accused driver after the JS100 Facebook page posted a story about the tuk-tuk driver collecting a fare of 500 baht each from three American tourists using his service from Nang Loeng intersection to Century Park Hotel, instead of a total of 500 baht as earlier agreed. The trip is less than 5 kilometres.

Driver Boonlert Chadsanam surrendered to police and confessed to the allegations. He also apologised to the three American tourists for his actions.

Somchai Ratchakaew, a senior official from the Land Transport Department, says the driver committed three offences — driving with a suspended licence, punishable by a fine of up to 2,000 baht, driving with an expired licence (another 2,000 baht fine) and collecting a fare exceeding the agreed rate (5,000 baht fine).

Authorities reduced the fines by half due to the driver’s confessions and apology.