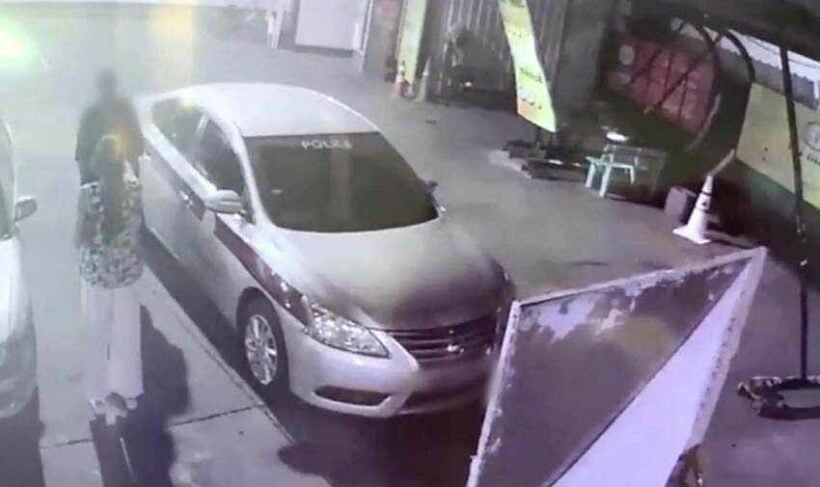 A Thai actress, who has previously been critical of the government, has accused a Bangkok police officer of following her into a public toilet at a petrol station. Siralapas Kongtrakan, also known as, “Mew”, says the incident took place on March 6 at 11.30pm in the Lad Phrao district and she managed to film it on her mobile phone. She has gone public with the matter, alleging that a police report filed shortly after the incident mysteriously disappeared.

According to a Bangkok Post report, CCTV footage shows the officer walking away from the toilet, before getting into a police car and speeding away. Siralapas says she filed a report with Phahon Yothin police station the following day, but subsequently lost faith in anything being done when she heard no more about the matter. She says she will not back down from seeking justice and decided to share her story on social media.

In the video clip posted on her Facebook page, the actress can be heard asking the officer what he’s doing. She then follows him out of the ladies’ toilet to the car park area, repeating the question. The officer doesn’t answer, other than saying he is innocent, before getting into a police car with the number 03464 and driving off.

Speaking at a press conference yesterday, Siralapas says the incident is clearly a case of harassment.

Although the actress has previously criticised the government on her Facebook page, the Bangkok Post reports that she made no reference to politics during yesterday’s press conference. In addressing the media, she said she was only concerned about her safety and seeing justice done, adding that there were also good police officers out there.

In response, the Metropolitan Police Bureau has issued a statement confirming the man in the footage is an MPB officer and is under investigation. It’s understood the officer claims he accidentally entered the wrong toilets, which Siralapas rejects. She says it wouldn’t be possible to make such a mistake as the area was well-lit and the toilets were clearly signposted as being the ladies’ restroom.