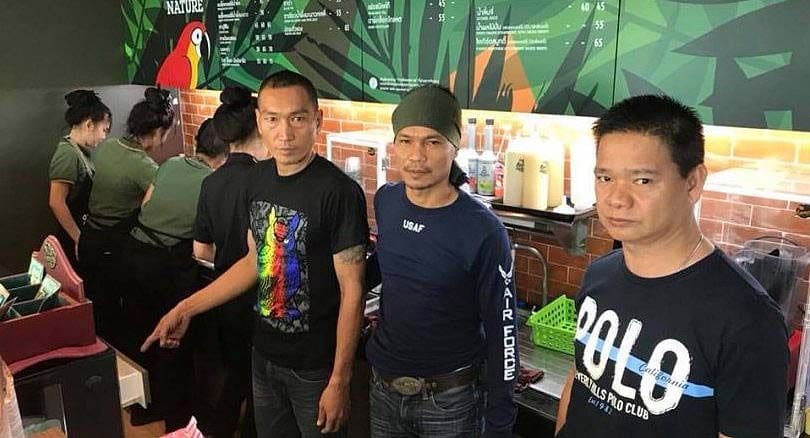 A former construction contractor has surrendered to police today to face charges of burglary after he allegedly broke into 30 Amazon coffee shops in petrol stations since April.

37 year old Kiartkarisorn Srikrailod from Buri Ram surrendered at Taling Chan police station at 10am this morning after police summoned him to face theft charges. Taling Chan is just west of Bangkok.

Police saw his face on a security camera and were able to ascertain his identity. Kiartkarisorn admitted that he had stolen from Amazon shops in petrol stations 30 times since April.

He said his business collapsed after a client refused to pay him, causing him to develop a debt of 200,000 baht. He said he selected Amazon shops because at night they were isolated and there were trees to shade him from being seen while breaking in. He often chose the hours between 10pm and 11pm to break into the shops.

He said if he could not get cash from the cashier’s machine, he would steal tip boxes and got about 600 to 1,000 baht each time. He said the biggest amount he stole was 40,000 baht. 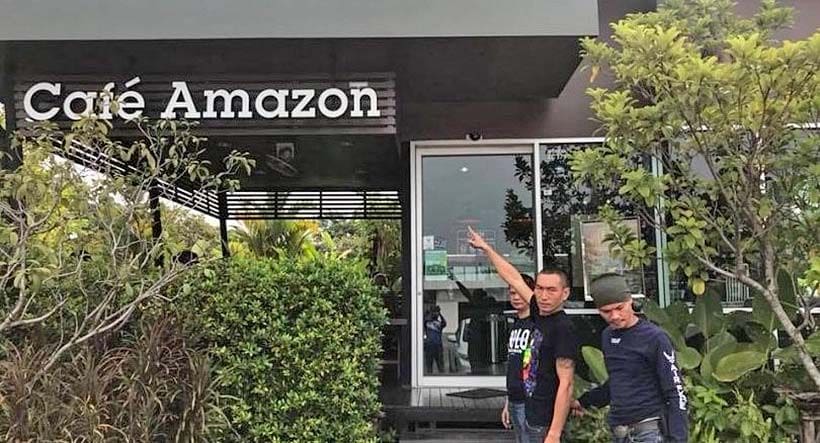 ‘Golden-tongued Keng’ arrested along with four other call centre scammers