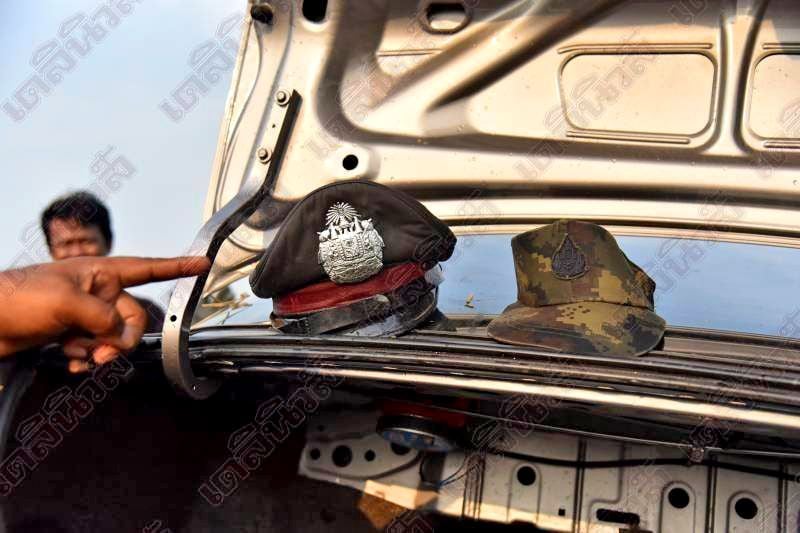 Daily News reports that police in Ayutthaya are baffled after a ladyboy was found dead in a car accident yesterday. The driver’s Honda City had plunged into a canal on the Sena to Lat Bua Luang Road.

He found 27 year old Athitaya Phanang from Bangkok , a ladyboy, covered in mud on the back seat of the car.

The victim was wearing a t-shirt and black underwear but no trousers. The victim was already dead when they find her. Anuchart flagged down a passing trailer truck to pull the Honda out of the canal.

Daily News report the these items were also found inside the damaged car… a red shoulder bad containing two methamphetamine tablets, a police hat, an army cap and a smartphone.

Local police noted that there was a ten metre skid mark leading to the canal.

But they are struggling to understand how the victim was in the back seat and not wearing any pants. Also, what were the police and army hats doing in the car?

The body was sent for autopsy at Thammasat Chalermprakiat Hospital as police ponder the traffic incident and the other mysteries. 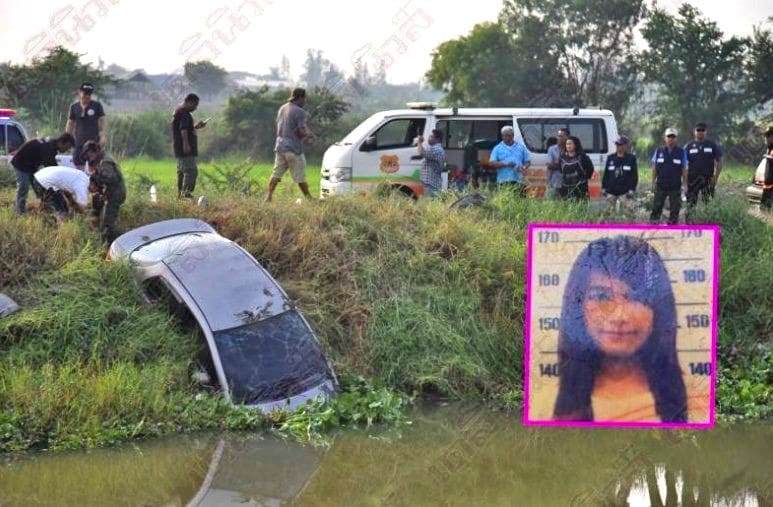