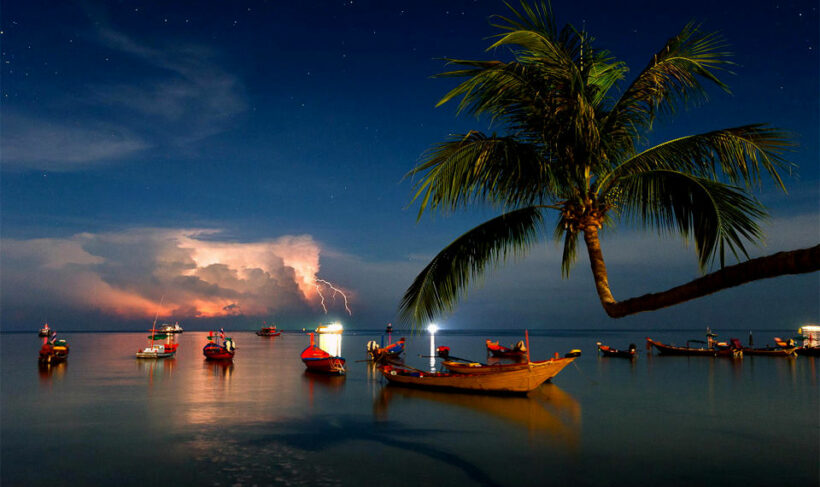 The Chief of Phuket’s Provincial Waterworks Authority says that water pressure to most areas across the island has been restored (but The Thaiger is still getting reports from residents in Kamala and parts of Kathu about low flow or still no water mains pressure).

Phuket Town recorded nearly 80mm of rainfall on Saturday night when heavy rains, the first for the year, downloaded on the parched island.

The rains started around 11pm around Phuket and continued throughout the night, lightening off towards the morning.

Before Saturday, and top up rainfall on Monday and Tuesday, the Army were rolling out water tankers to deliver emergency water supplies to communities that had their potable water supplies cut off, some for nearly two months. Rassada residents had been almost entirely reliant on water being brought into the area.

The island’s three catchments had all recorded their lowest levels, all below 10% of their total capacity.

The PWA’s branch manager says that now most of Phuket’s flat areas have about 90% mains pressure but that some elevated areas may still not have adequate pressure.

Bang Wad Dam in Kathu – the island’s largest catchment – is still under 10% of capacity despite the recent rains.

The long-range forecast appears to have more rain on the way with the westerly airstream continuing for at least the next seven days as the annual monsoon settles in.

On average, May and September record the island’s heaviest monthly falls each year. 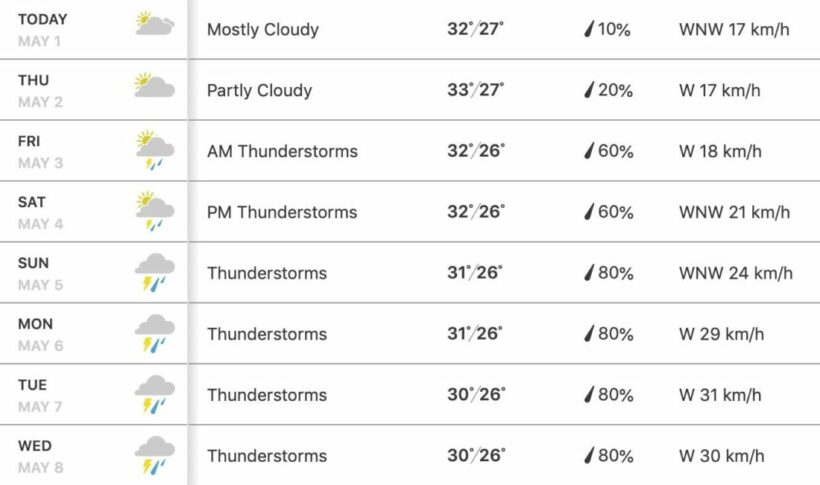