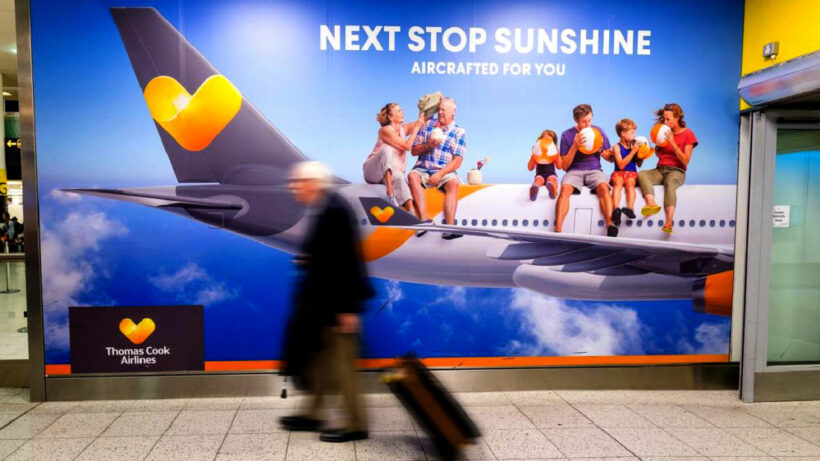 The failure of the British Thomas Cook travel business will cut the numbers of arrivals from Britain to Thailand for the remainder of this year.

Yuthasak Supasorn, governor of the Tourism Authority of Thailand says they are also assessing a drop in northern-European tourists where tourists use the services of Thomas Cook subsidiaries. The TAT will issue their new projections when the full impact of the failure of the 178 year old British travel business is assessed.

According to the Bangkok Post, talks will include agencies such as Asian Trails, the main destination management company for Thomas Cook, and hoteliers at popular beach locations such as Phuket, Phangnga and Koh Samui, namely Dusit Thani, Anantara and Mandara.

There is currently a repatriation of existing British tourists overseas, some 150,000, back to UK shores following the collapse of the business. Confusion reigns as some hotels are charging Thomas Cook customers before they’re allowed to check-out, fearful they won’t be paid.

A prominent hotelier in Phuket, who asked not to be named, says there is still a lot of confusion about who is responsible for payments of existing customers and contractors as they work through the web of agents, insurance companies, tour companies and hotel contracts.

“Even with Phuket the preferred destination for British tourists, the closure of Thomas Cook will not affect overall tourism in the province, especially over the upcoming high season, she told the Bangkok Post.

President of the Association of Thai Travel Agents, Vichit Prakobgosol, says the closure of Thomas Cook will “slightly affect Thai tourism”, according to the Bangkok Post.

“The fall of the firm, caused by the failure of a Brexit deal and a depreciating currency, is a wake-up call for tour operators about the impact of digital disruption as intense price wars from online travel agencies take a bite.”