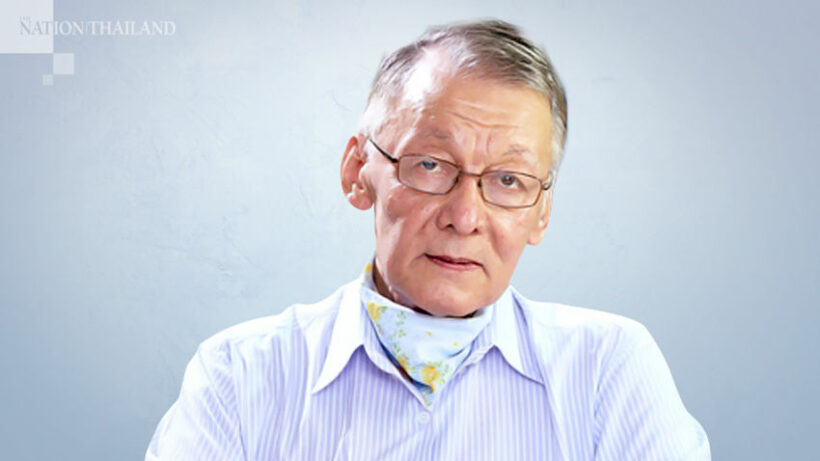 Yesterday, protesters attempting to reach the Parliament building in Bangkok, where the debate is taking place. Protest leader Panusaya Sithijirawattanakul’s demands that Parliament approve the amendment. It’s understood the proposed amendment includes a section on reforming the Monarchy to allow for greater accountability and transparency.

Addressing Parliament, Jon said the iLaw amendment belonged to the people of Thailand, with nearly 100,000 people signing a petition to support it. He says iLaw believes Thai society wants a new, more democratic constitution than that which is currently in place (which was voted on and approved in a referendum in 2017).

“Under the current constitution, the people have no right to decide who will form government and who will become prime minister. There are other components within it which were not chosen by the people. So, we have proposed a democratic amendment to get rid of dictatorship and open the way for a charter drafting assembly to be set up.”

The current constitution was drawn up in 2017 by the junta-backed government that installed former army general Prayut Chan-o-cha as PM following a 2014 military coup. Jon says the current generation of pro-democracy activists are losing patience in their quest for a truly democratic political system.

“The young generation will not wait for a drawn out return to democracy. Therefore, we hope parliamentarians attach importance to the people’s draft and will not reject it in the first reading.”

Yingcheep Atchanont from iLaw adds that the draft amendment contains 5 “aspirations”, including, “for the people to be able to elect a prime minister via the House of Representatives, for a transparent government which is subject to scrutiny, for the people to determine their own future, for a justice system ensuring fairness to all, and for a supreme law that is written by the people to guarantee basic rights.”

The bill has been heavily criticised by senator Lertrat Rattanawanich, who calls it a breach of the current constitutional law. He points out that the amendment does not rule out potential future changes in relation to the Monarchy.

Meanwhile, after Paiboon Nititawan from the ruling Palang Pracharat party pointed out that the bill could not be passed if iLaw had received foreign funding in the past, Jon issued a statement on the group’s Facebook page, insisting that it has never allowed foreign investors to interfere with its independence, nor does it intend to in the future.