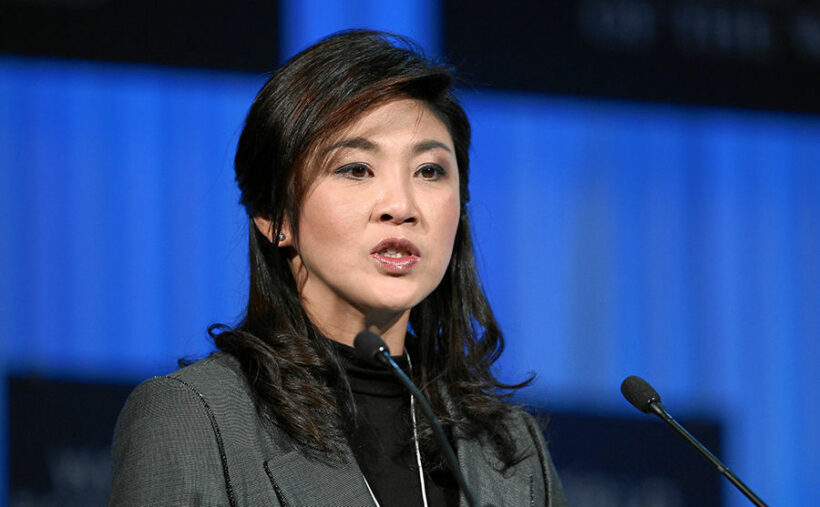 Former PM Yingluck Shinawatra has taken to social media to remind the current Thai leader of the situation she found herself in 6 years ago, when she faced mounting calls for her resignation from Prayut Chan-o-cha and the People’s Democratic Reform Committee. The PDRC were instrumental in organising anti-government protests between 2013 and 2014, which culminated in a military coup led by the current PM. Yingluck, who, along with her brother, former PM Thaksin, lives in exile, has taken to Facebook to remind Prayut how she dissolved parliament to allow for fresh elections.

“I do not know if everyone still remembers? 6 years ago, a group of people called themselves the People’s Democratic Reform Committee and demanded my resignation. And the Army chief, Prayut Chan-o-cha, asked if I could continue leading the government. In the end, I decided to announce the dissolution of parliament to pave the way for new elections so that the people could determine the future of the country for themselves in keeping with democratic principles.”

Anti-government protests began in late 2013, when Yingluck’s Pheu Thai Party proposed an amnesty bill that was seen as paving the way for the return of her brother, who is living in exile due to corruption charges against him. The proposal led to widespread political protests, culminating in Yingluck’s removal from office in May 2014. The Royal Thai Army then declared martial law throughout the Kingdom, after which a military coup deposed Yingluck’s administration and installed army general Prayut as acting PM.

In her Facebook post, Yingluck addresses Prayut directly, pointing out that he should listen to those calling for his resignation and take action to allow the country to move on.

“Today, the same event has happened to Prayut. Students, brothers and sisters want to see the country change, and they are asking Prayut to resign and amend the constitution. I have been monitoring the situation in Thailand with concern.”

“It reminded me of a time when you asked me 6 years ago if I was okay. And I hope you remember that today and choose to make a decision quickly so that the country can calm down and move on.”