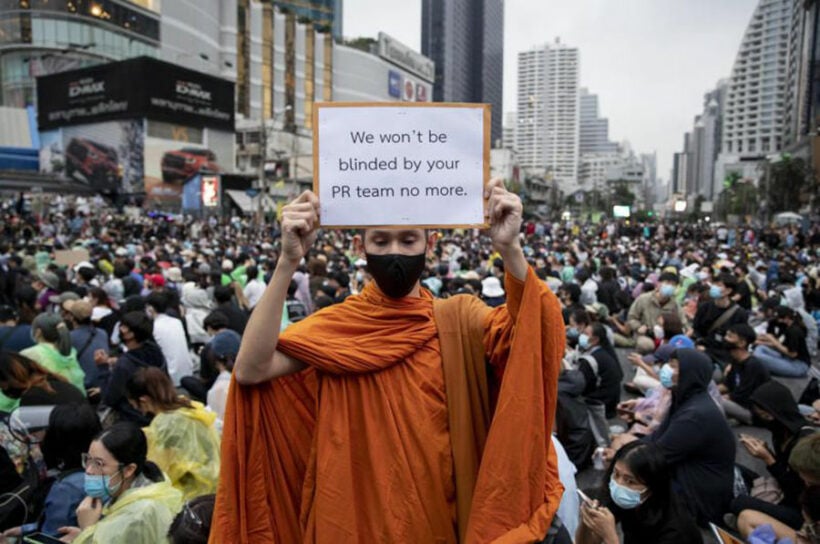 PM Prayut Chan-o-cha has switched to a softer tone with the young protesters calling for his resignation, as anti-government protests sweep the country… there were several smaller protests in other provinces over the weekend. The new, more conciliatory approach, is in contrast with his recent declaration that he had no intention of resigning, and that the police had acted “within the law”, when responding to the Thai police’ actions at Pathumwan intersection on Friday night.

The Bangkok Post quotes government spokesman Anucha Burapachaisri saying the administration is willing to listen to the issues being discussed and work to find solutions.

“The government is willing to listen to everyone’s problems and continues to solve problems in all areas.”

Given that those protesters see one of the solutions as the immediate resignation of the PM, it remains to be seen how this could play out. However, the official statement does seem less demanding than the PM’s weekend warning against joining the protests and breaking the law. Bangkok is currently under a State of Emergency which bans gatherings of more than 5 people, not that this has stopped the protesters who continued to come out in force around the city over the weekend.

The PM’s softer stance may be as a result of widespread criticism from human rights groups, after police used high-powered water cannons to disperse those attending Friday’s peaceful protest. This tactic may have backfired, as it appears to have galvanised activists, who re-assembled the following day, both in Bangkok and in several provinces around the country.

Yesterday, protests took place in around 20 locations outside the capital, including the central provinces of Pathum Thani and Nonthaburi, just outside Bangkok. The Nonthaburi protest is understood to have attracted around 1,000 – 1,500 people. There were also large groups assembling in Khon Kaen, Phuket and Chiang Mai.