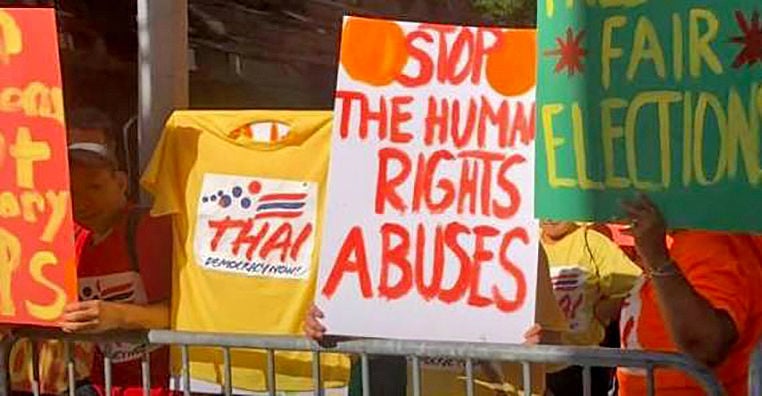 Future Forward party leader Thanathorn Juangroongruangkit is daring Deputy PM and luxury watch enthusiast Prawit Wongsuwan to summon him for questioning, whether the party might be linked to anti-government protests in New York last week.

The protesters, waving placards like “Stop the human rights abuses” and “We want fair elections”, was held out side Pm Chan-o-cha’s hotel in New York during his four day visit to the UN for meetings.

Deputy PM, and Prayut’s loyal side-kick, Prawit Wongsuwan accused Thanathorn of being behind the faux protest during the week.

But Thanathorn insists the deputy prime minister had no authority to summon him for questioning because he did nothing wrong, but said that he would be willing to provide information if his cooperation is sought.

Thanathorn admitted that he hired a US lobbyist, APCO Worldwide, to arrange his July itinerary when he visited the US and to prepare some required legal documents in English. Since his return to Thailand, he claims that he had not had contacted the lobbyists.

Regarding the protest in New York, the Future Forward party leader categorically denied he had anything to do with it and he accused his detractors of trying, with ill intention, to link the protest to his party.

Earlier, Senator Somchai Sawaengkarn urged the Election Commission to look into the issue. He questioned why Thanathorn needed to hire a lobbyist for six months when he actually spent only a few days in the US.

Thanathorn and other key members of the opposition block were in Thailand’s southernmost province of Pattani yesterday to attend a panel discussion as part of the opposition’s campaign to solicit public support for the rewriting of the Constitution. 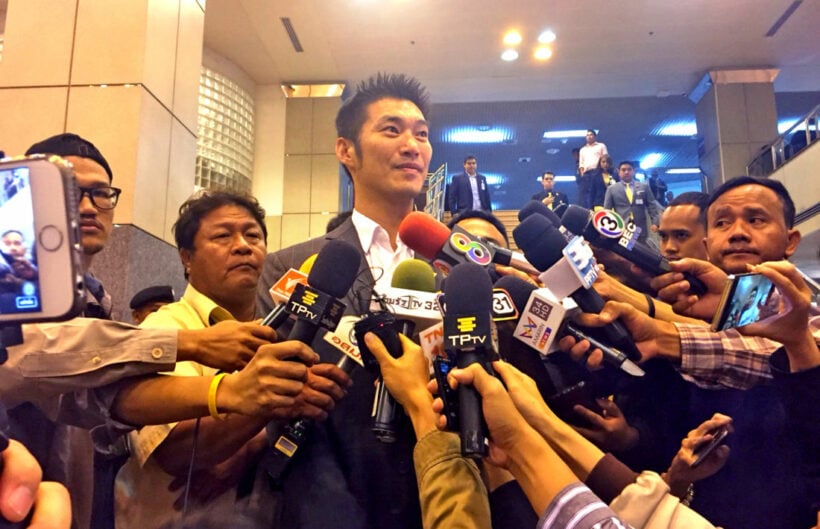