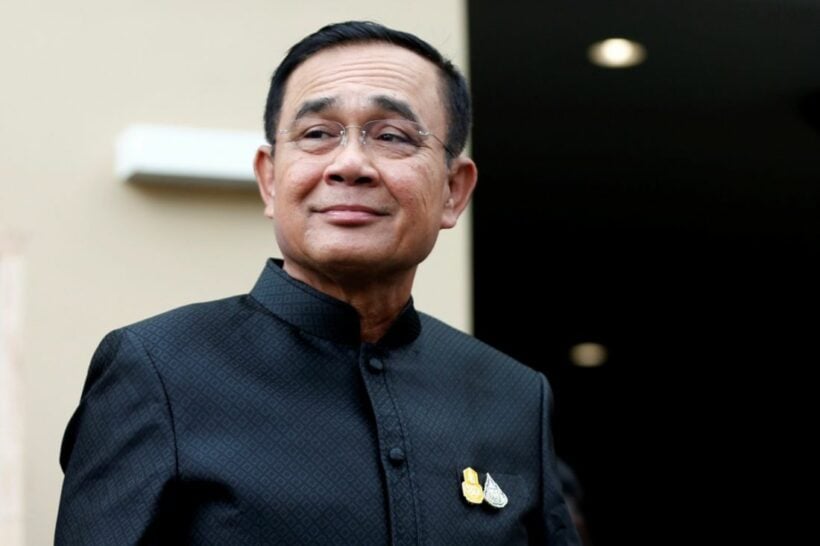 PM General Prayut Chan-o-cha says he’s not at all nervous about today’s debate on his oath-taking gaffe and is well prepared for a grilling from the opposition.

“I don’t feel nervous at all. I am at the stage where I no longer feel rattled.”

The Bangkok Post reports that those taking part in the debate are set to include the leader of the Seri Ruam Thai Party Pol Gen Sereepisuth Temeeyaves, MP and secretary general of the Future Forward Party (FFP) Piyabutr Saengkanokkul, along with Wan Muhammad Nor Matha, leader of the Prachachat Party.

Chief Opposition Whip and Pheu Thai MP Suthin Khlangsaeng says opposition numbers have been reduced to 15, to ensure a focus on “quality over quantity”.

He adds that he hopes government ministers will allow matters to proceed without too many protests or interruptions, so that the debate can finish the same day, as planned.

The PM is not sure he’ll be able to attend the whole thing, saying he’ll do his best to stay as long as possible, but does have other business to attend to.

He says the government’s legal team has fully briefed him in advance of the session, including providing advice from those who helped draft the current constitution.

FFP Minister Piyabutr, who raised the oath controversy in July, will be first to grill the PM. He has previously expressed concern that the omission of a key part of the oath would affect the status of the cabinet as a whole and impact on policy implementation.

Both sides are hoping for a civilised debate, with Pol Gen Sereepisuth, leader of the Seri Ruam Thai Party, saying he plans to get his points across politely rather than attempting to provoke the PM.

Meanwhile, Industry Minister Suriya Jungrungreangkit says the government side will refrain from interrupting, provided the opposition sticks to the topic at hand.

Charter Court clears PM’s to be head of government