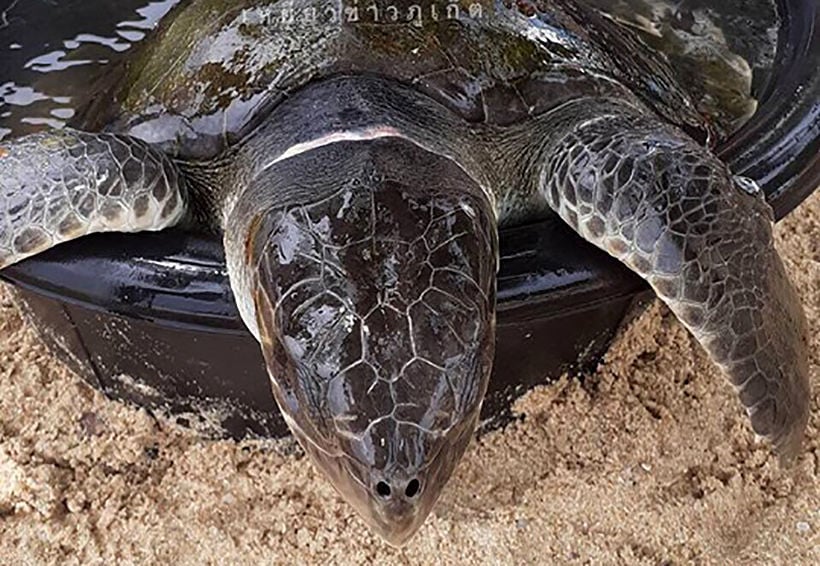 Today (August 15) at about 1pm, the lifeguard team at Nai Harn Beach rescued a small turtle, which had become stuck in a fertiliser sack.

They found the turtle washed up ashore with the sack wrapped up around its neck. They tried to carefully remove the sack from the turtle’s neck but found that the turtle had been injured around the neck so they contacted the Phuket Marine Biological Centre to take the turtle back to the centre for further examination and treatment.

Well done to the lifesavers at Nai Harn.