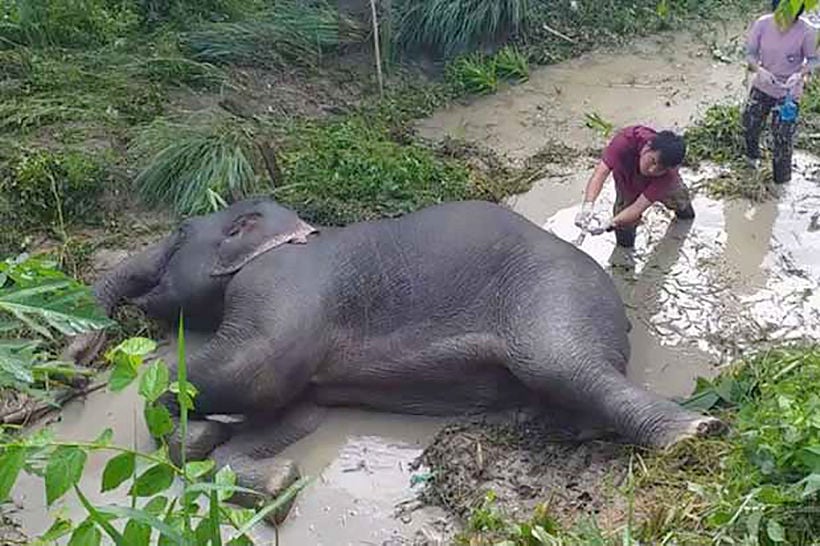 A 7 year old wild elephant has died whilst it was being taken to an animal hospital in Nakhon Pathom after being hit by a truck in Chon Buri early this morning.

The female elephant weighed about 3 tonne and was following her mother at the time, according to a message on social media. The elephant was hit by an 18 wheel trailer truck as it was crossing the road.

The truck driver told officials that he lost control after hitting the elephant causing his vehicle to overturn. The elephant was knocked off her feet into a roadside ditch by the impact of the collision. A crane was used to lift the elephant onto a truck to take her to an elephant hospital. The whole operation took about eight hours.

Veterinarians attending the scene gave the elephant painkillers and were taking her by truck to the Animal Hospital in Nakhon Pathom but she stopped breathing as the truck was passing through Chon Buri.

Veterinarian Thananon Panpetch told the Bangkok Post the elephant was seriously injured and had fractured legs and a broken back. 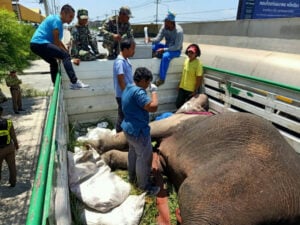