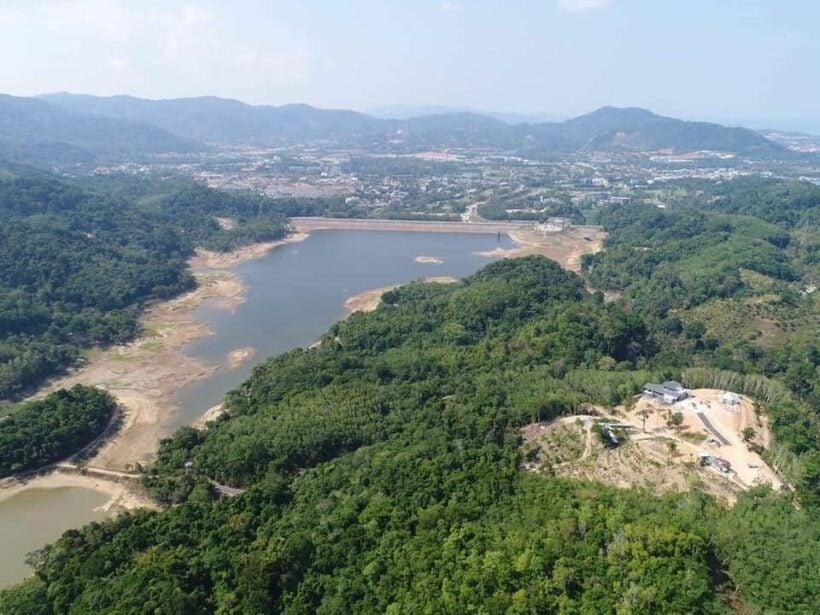 In the high season of 2018/2019 a water shortage emerged on Phuket and reached a critical phase just as the wet season of 2019 began. For a few months there seemed to be more water trucks delivering expensive water to residents than tourist passenger vans on the road (usually ubiquitous). Phuket’s three water sources were critically low, one of them had been empty for months.

With no real remedial actions been taken in the following 12 months, another water shortage was assured for the 2019/2020 tourist season. But the tourist numbers were down for the annual high season, then the Covid-19 pandemic became a reality and the the sources of tourists, too, dried up.

Now Phuket officials say they are considering measures to combat the island’s critical dwindling water shortages. They’ve blamed changing rain patterns and the rising number of visitors. There’s also been a massive rise of new developments around the island. But, mostly, it’s just been poor planning and management.

“Thailand’s popular tourist destination has seen the demand for water rise 12% every year and, without finding more water supplies, a major water shortage is inevitable.”

But he stressed there was no risk of an imminent water shortage whilst acknowledging the current use of 80 million cubic metres of potable water will rise another 35% by 2032. Most of the demand, an estimated 60%, comes from Phuket Town and surrounding suburbs of Ratsada, Samkong and Wichit. Phuket’s tourists mainly visit the island’s west coast beaches whilst the ‘locals’ congregate around the east coast with the commercial hub being Phuket Town.

The governor said that a water supply management masterplan would be developed in three phases, short, medium and long term, and is expected to be completed over the next 12 years.

In the short term, the province plans to expand the storage capacity of the key Bang Niew dam, in Srisoonthorn, and divert water from other resources. That project will start during 2020 and take a year to complete. The province will then expand its supply by a further 6.7 million cubic metres by buying water from private companies. Some of this will be sea water that has been distilled into drinking water (although there are no desalination plants on the island).

The long-term goal includes a new 10 million cubic metre reservoir around Phuket Bay, an idea now being considered by the Office of the National Water Resources, which would mainly serve the island’s commercial and residential centres around Phuket Town.

Pattaya mayor on the defensive over recent floods