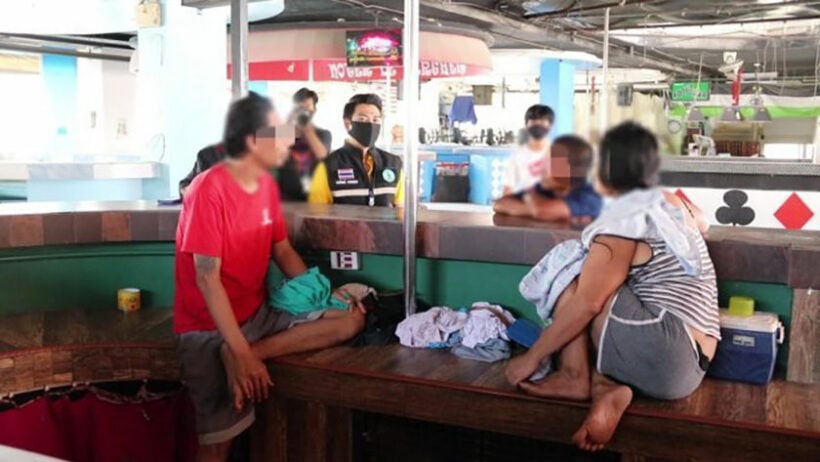 Social welfare officials have paid a visit to a group of homeless people in Pattaya, who have taken refuge in some of the city’s abandoned beer bar complexes. Following a report in The Pattaya News, officials pledged to allow those living there to continue to do so and to provide them with further help. Most of them have lost their livelihoods and have no money as a result of the Covid-19 crisis.

It’s understood 2 families who are not from the Chon Buri area, have spoken to officials and explained that they are from Chaiyaphum and Buriram provinces in the north-east of the country. They say they want to return home to their relatives but don’t have the funds to do so. The Pattaya News reports that officials have now agreed to provide them with bus tickets to make the journey home.

Meanwhile, others living in the abandoned bars are understood to be thinking about taking up the offer of staying in the Homeless Protection facility, although officials say the decision is theirs alone and they cannot be forced to move there. Local authorities now say they will carry out regular checks on the people who remain living in the bars to ensure their safety. Attempts are also being made to secure new jobs for them to help them get back on their feet.