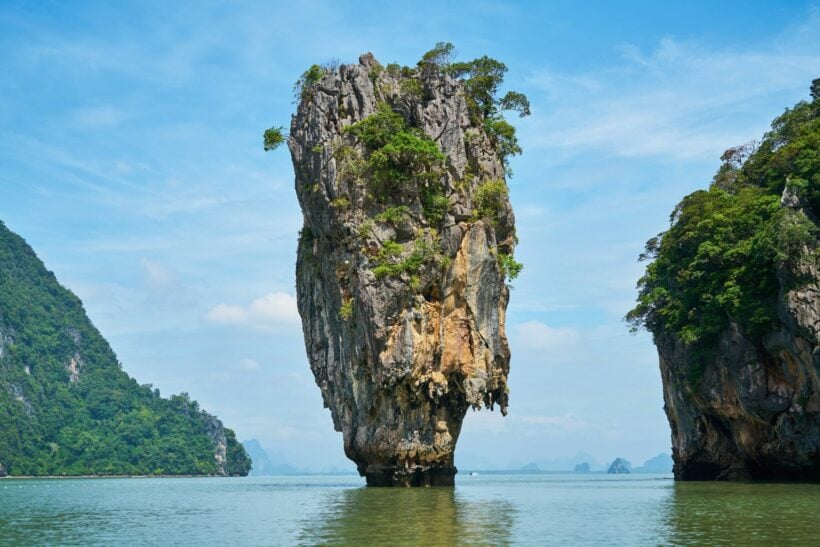 The iconic limestone karst tower and popular tourist site known as “James Bond Island” will be checked for stability following the collapse of similar rock formations.

The rock formation in Phang Nga Bay appeared in the 1974 James Bond film “The Man with the Golden Gun.” It’s now known as James Bond Island. It has become a major tourist destination in Thailand and is a stop on many tours.

Experts from Thailand’s Department of Mineral Resources will assess the karst tower for stability over the next couple months. Apparently, this is the first detailed assessment of structural viability of James Bond Island.

In October, a large chuck of a Krabi karst broke off and collapsed on top of coral reef at a popular dive site. Another rock formation in Mu Koh Phetra National Park in Satun province collapsed in February.

The department’s director general Montri Lueng-ingkasoot says rock formations in the South have eroded over the years by thunderstorms, making them vulnerable to breaking apart and collapsing.