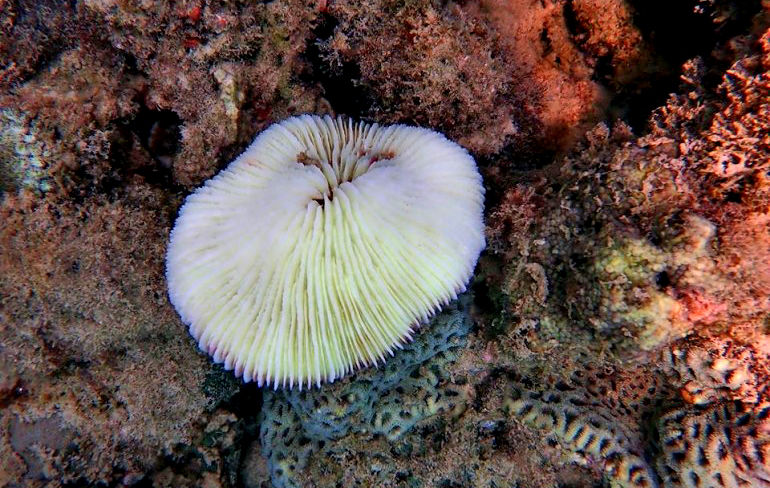 Corals have started to bleach off the coast of Phuket. The problem is due to the warming of the sea, according to reports from the Phuket-based operations centre of the 2nd National Marine Park.

Marine scientists at the centre conducted a survey of coral reefs off Nai Yang beach in the Sirinat national park last Thursday and found that the sea surface temperature was over 30 degrees Celsius and that 10% of the staghorn and mushroom corals, between 1-4 metres deep, had started to bleach, although they are not yet dead.

The report says that, if the warming of the sea continues, the coral bleaching problem will become more serious and will affect the ability of the reefs to regenerate.

Associate Professor Suchana Chavanit of the marine science department at the Faculty of Science, Chulalongkorn University, says that corals in the Andaman Sea and the Gulf of Thailand have been deteriorating due to excessive tourism and fishing but, in the past 5-10 years, warming of sea water, especially during the dry season, has led to acute coral bleaching.

She pointed out that the weather this year has been especially hot causing sea temperatures to exceed 30 degrees Celsius, adding that staghorn and table corals are very sensitive to sea warming and changes of sea temperature.

To prevent corals in the Thai seas from becoming extinct, Suchana proposed to deep-freeze the sperm of the corals for future artificial insemination to ensure the best chance for their survival.

There are currently over 70 coral species in Thai waters.

How the bike-share start-ups fell over