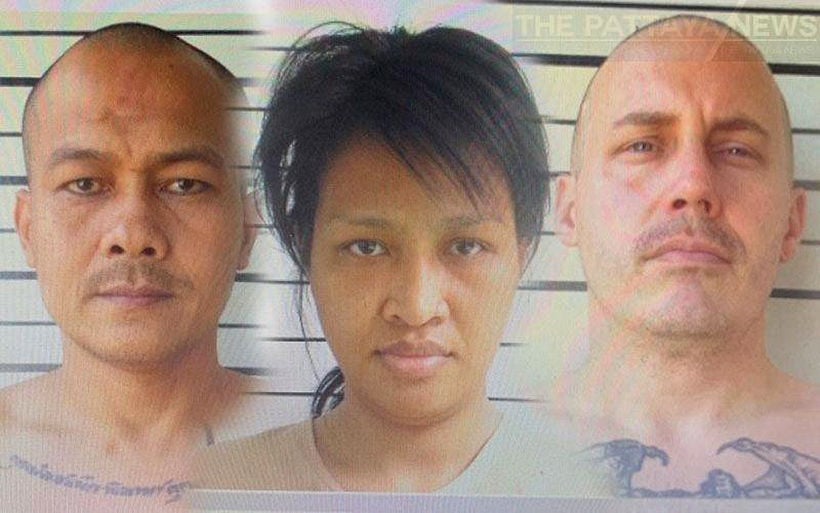 As one commenter rightfully said today, “more twists than the road to Pai”.

Information, and plenty of rumours, have been fast and furious in recent days in regards to the story of the American and two Thais who escaped from the Pattaya Court holding cells on Monday after stabbing a man and threatening staff with a gun. Some rumours have been published as ‘fact’ and later proven to be unconfirmed. We apologise for any inadvertent publishing of unconfirmed reports.

The Thaiger has scoured all main news sources in the past hour and been able to come up with the following ‘facts’, as best we can ascertain them from reliable sources.

The National Police TV network has posted photos of the arrest scene and report that the American, Bart Allen Helmus, shot his Thai partner and then pointed the gun to his head and shot himself.

Both were rushed to hospital. The condition of both can not be verified at this time. It is understood that both are currently under tight security at the Sa Kaew Somdej Prayuparaj hospital.

Mr. Helmus has been reported by Matichon Online to be in a coma and has not regained consciousness since the shooting incident. Matichon also report that his wife has been able to talk to doctors.

The gun used was a Kimber Warrior 25 Automatic Closed Pistol.

The other Thai fugitive, “Noi” Nilthes, is currently in police custody.

Police have issued 11 other arrest warrants in regards to this case. They are all charged with aiding and abetting the three escapees.

The last news about the guard, who was stabbed on Monday at the Pattaya Court holding cells, was that is recovering. No verifiable news has been published about his condition since that update a day ago.

These are the only facts we can verify through proper sources at this moment. We will continue to pursue more facts in this case.

In other news, a 20 year old, Warakorn ‘Mod’ Ditmalee, who is one of the suspects that assisted the three escapees, has reportedly been arrested by Pattaya Police for allegedly purchasing the knife and gun used in the escape at Pattaya Court. He is also alleged to have met the three fugitives at a meeting point south of Pattaya, and freed them from their chains. This was reported by The Pattaya Mail.