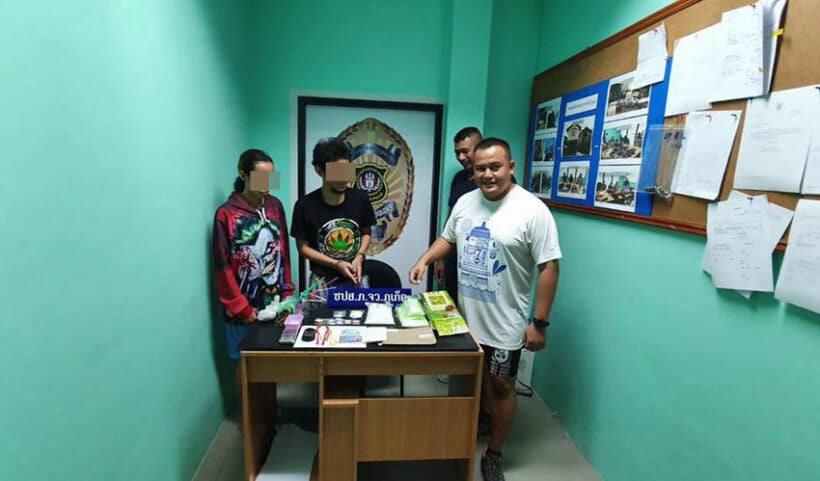 In the first case, police arrested 29 year old Auttarit Chuachit and 28 year old Taweewan Suwannapo for possessing methamphetamine pills and Kratom leaves along with a gun and ammunition. They were arrested at the parking under a condominium on Thepkasattri Road and a house in Soi Bangcheelao in Ratsada sub-district.

In a second case, police arrested 27 year old Nittawat Lamai with amphetamines and Kratom leaves. He was arrested at a house in Koh Kaew.

In a third case, police arrested 25 year old Phongsak Longrak with a gun and ammunition, methamphetamine pills and Kratom leaves in a house in Soi Kan Kaeha, in Ratsada sub-district.

In the same area, police also arrested 25 year old Anucha Waetchansin with amphetamines in another house.

All of them were sent to the Provincial Phuket Police Station for further investigation.