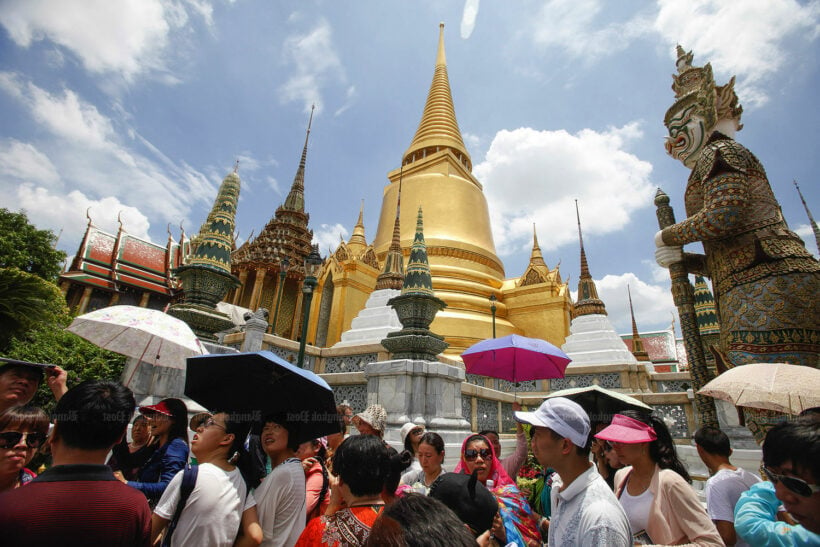 Last week tourist arrivals in Thailand surpassed 38,260,000, the total 2018 arrival number. Now Thailand has broken through the 39 million international tourist barrier, just two days before the end of the year. The 39 millionth tourist was from Russia.

2019 had a shaky start with the arrival of Tropical Storm Pabuk in the first week of the new year. The storm caused a lot of cancellations and uncertainty in the southern part of Thailand. Despite this, and a global economic slowdown, Thai tourism surged ahead but with changes in the tourist mix, the decline of some traditional tourist favourites and the emergence of new locations.

In 2018 Thailand was the 9th most visited country in the world.

It’s expected that Thailand will log around 39.8 million tourists the time the clock ticks over into 2020, another record year for Thailand’s tourism growth.

This year’s 39 millionth visitor, Anna Pavlovskaya, was travelling to Thailand with her family for the third time. She told reporters that the Thai people and their hospitality were the reason for her return. Her first visit was to Koh Samui 21 years ago.

The Tourism Authority of Thailand is expecting Thai tourism to increase 2.5% in sheer numbers but 4% in value over the next 12 months. They forecast the numbers to reach 40.8 million, an increase of 2.5%, which will add 2.02 trillion baht into the Thai economy next year.

New destinations are forecast to open up in 2020 – Vladivostok, Irkutsk, Yekaterinburg, and Novosibirsk, as well as new European, African, Middle Eastern and South American cities.