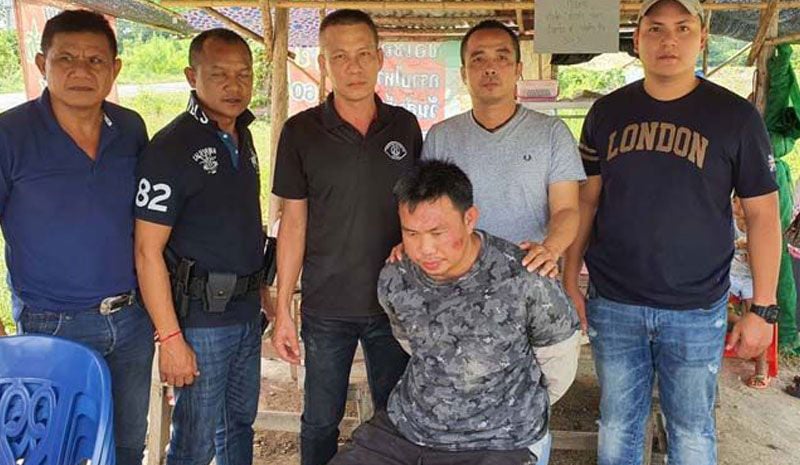 A man has been now been arrested and charged with murder, after the body of 58 year old Wannee Jiracharoenying was found stuffed in a refrigerator in her home in the Jom Thong district of Chiang Mai.

It’s reported that the woman’s body was found by her brother after he became concerned about her whereabouts.

Her hands and feet were tied, and her body had been covered in cement. The fridge had been placed on its side and was still plugged in.

Police have now arrested 39 year old Withoon Sritabut, also known as “Em”, from Lampang in northern Thailand. It’s understood that police are not seeking anybody else in connection with the murder at this stage.

ThaiVisa reports that Withoon fled first to Kanchanaburi in Thailand’s west and later purchased a motorbike for 160,000 baht in Nakorn Pathom, central Thailand. He was finally tracked to Nakhon Sawan province yesterday, in central Thailand, where he was arrested while riding the motorbike along Route 1072.

A gold necklace and 1,200,000 baht in cash were found under the seat of the bike. Withoon is also accused of using an ATM card belonging to the dead woman to withdraw 1.2 million baht.

It’s reported that Ms Wannee had donated millions of baht to various temples and to Chiang Mai university. Withoon has now been brought back to Chiang Mai for interrogation where he is expected to be charged with the woman’s murder.