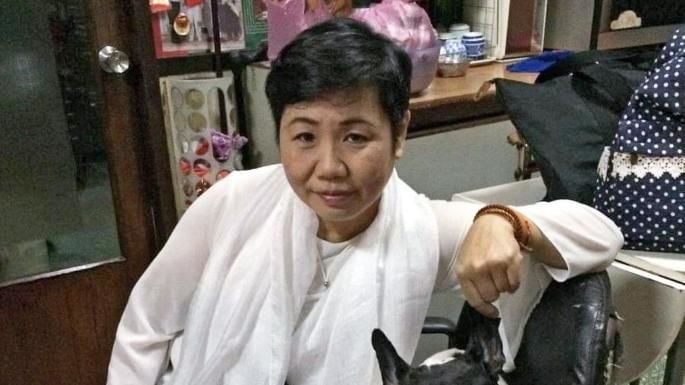 The Provincial Court in southern Chiang Mai province has issued an arrest warrant for a key suspect in the murder of 58 year old Wannee Jiracharoenying. Thai police have broken the case of the murder of the estate developer Wannee, whose body was found stuffed into the fridge at her substantial home in Chiang Mai las Sunday evening. It appears that the reportedly generous and kind-hearted woman was set-upon upon by her driver who police fear tortured her to gain access to her bank accounts with a reported 40 million baht in funds that have already gone missing.

The suspect, 39 year old Withun Sitabut, is now being sought by police for the death of Wannee, a millionaire from Samut Prakan. The victim was reported missing by her brother on Sunday after he and others were unable to contact her for two weeks.

Police attention focused on the driver following CCTV footage showing a man driving the BMW car and withdrawing large amounts of cash from her bank account using an ATM card in the days during which her family had been unable to contact Ms Wannee. It is now thought that Mr Withun, driven by greed, turned on his employer sometime around October 10 or 11.

He was also captured on a security camera in Rayong using the victim’s ATM card to withdraw money before abandoning her BMW, which he had stolen, and then fleeing on a motorcycle taxi. He was also caught on cameras earlier, withdrawing cash in Chiang Mai, Lamphun and Lampang before heading to Rayong, south of Pattaya.

The suspect, Withun, who lives with his wife and two children, met Wannee when he picked up a group of Buddhist nuns, including the victim, and drove them to Wat Phrathat Si Chom Thong for religious practice. The two allegedly became close friends and he was sometimes seen holding shopping bags for her at a local mall.

According to police, after the murder, Withun used the victim’s car to pick up his wife and children for a trip to neighbouring Chiang Rai, later taking them back to their home. He reportedly was spending lots of money, some of which he transferred to his wife to buy gold jewellery.