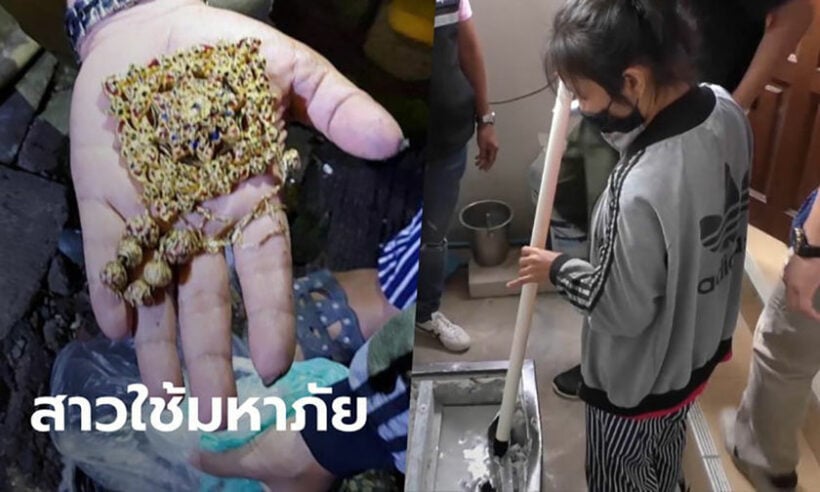 A Burmese maid has been arrested after stealing a safe from her employer and then trying to convince her there had been a burglary. The worker, named only as 34 year old Ice, was employed by 62 year old Samniang at her home in the central province of Samut Songkhram, some 80 kilometres south-west of Bangkok.

Samniang says she called the police after Ice came running to her to report that someone had stolen the safe from the house. Thai Residents reports that investigating officers from Samut Songkhram police station arrested Ice and her sister, 31 year old May, shortly after, with the sisters confessing to the crime.

It’s understood it took both women 2 days of attempting to smash the safe before they were able to get their hands inside and steal 2 million baht worth of goods. They then buried the safe in the ground. Items recovered by police include 7 diamond rings, diamond and gold necklaces, and 321,000 baht in cash, which the sisters got from selling some of the safe’s contents.

Samriang says she kept many expensive items in the safe, including 3 diamond and gold bracelets, diamond rings, gold necklaces and bracelets, a ruby ring, diamond earrings, a gold King Rama V coin, and an emerald and diamond coin. She says Ice has worked for her for 2 months and she felt like a daughter to her. It’s understood the Burmese woman sold some of the items to pay off debts and to partake in online gambling.