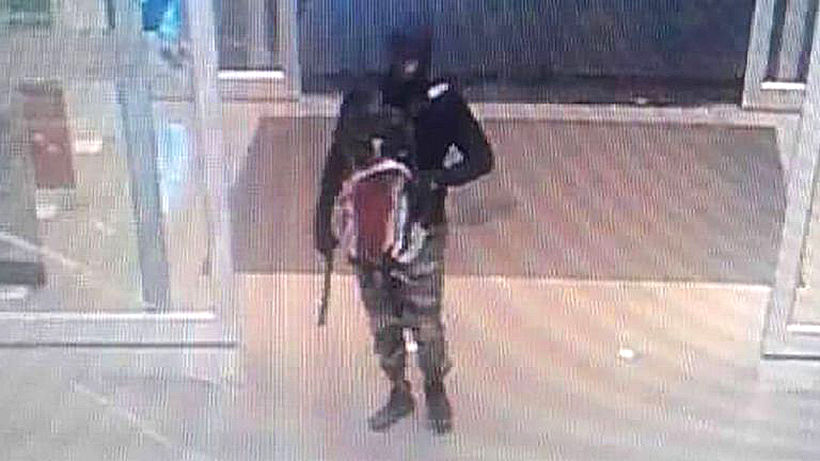 PHOTO: The gunman acted alone but investigators are curious why he went to so much trouble to steal so little

Investigators have become suspicious of the motives of the lone gunman who shot and killed three people, injuring another four, at the Aurora Gold Shop in the Robinsons Mall in Lopburi on Thursday. They are seeking more information on the victims as the gold stolen was such a small amount – the suspicion is that the target wasn’t the gold jewellery.

Lopburi city district is about 150 kilometres north of Bangkok.

Three people including a two year old were systematically shot and killed, and four others wounded, when the gunman entered the gold shop. After strolling into the shop, shooting at the customers and staff, the gunman jumped onto the glass counter and stole a few trays of gold jewellery. The value was estimated to be around 500,000 baht.

The shooting happened about fifteen minutes before the mall was set to close for the night. After the robbery the gunman shot and killed a security guard before escaping on a motorcycle. There was no number plate on the motorcycle.

Two of the wounded were a husband and wife who were browsing gold jewellery with their daughter when the gunmen strolled into the shop. The couple are reported to be prominent business people in the province. They both underwent surgery and were still recovering this morning. Their daughter escaped unharmed.

Thai PM Prayut Chan-o-cha has offered his condolences to the victims’ families and condemned the gunman for killing the young two year old boy, saying “such an action was deplorable”.

Social media has also roundly condemned the robber and claiming that the death penalty was the best punishment for such a heinous crime. There has also been speculation online that the actions and attire of the assailant gave the appearance of an army-trained soldier. He was clearly trained in the use of his weapon.

The Crime Suppression Division say they are now getting more information on the victims business and personal profiles to try and uncover any possible motives for the crime. 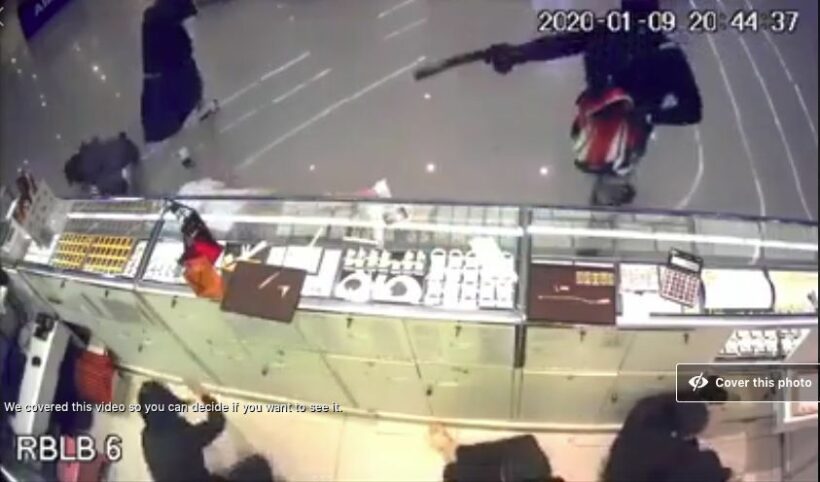 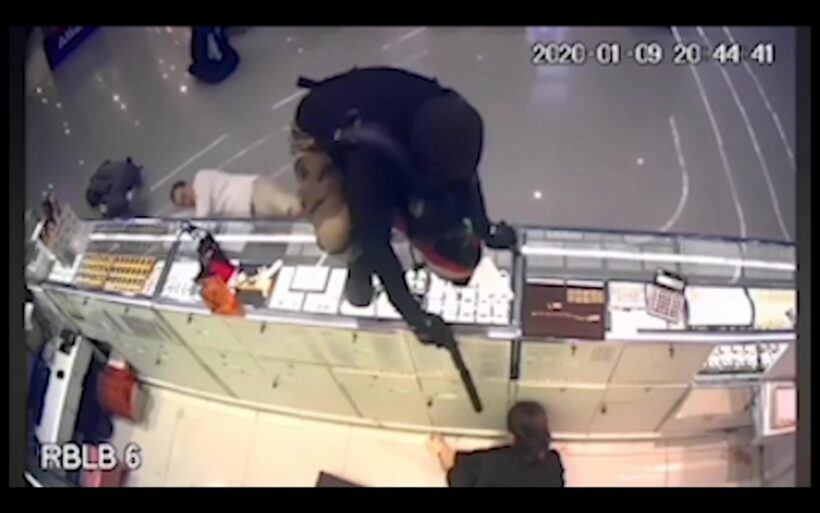