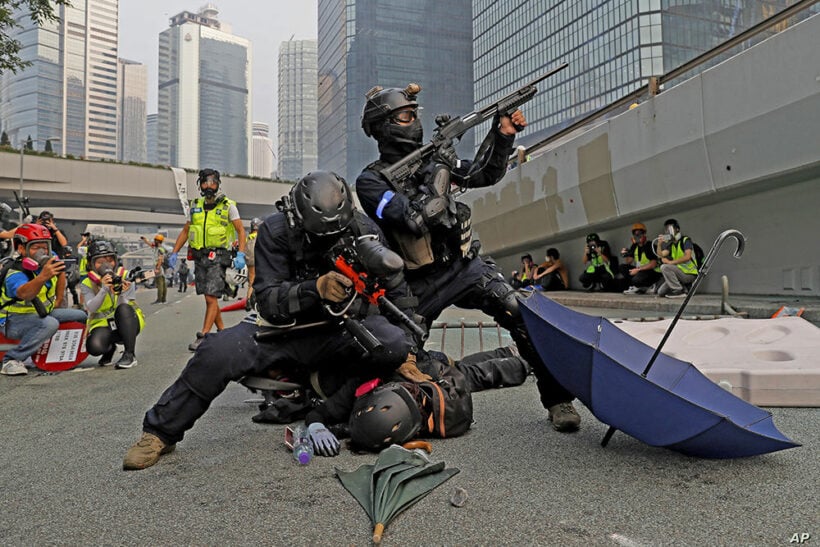 “Democracy activists in the financial hub had vowed to ramp up their nearly four-month-long campaign ahead of tomorrow’s National Day celebrations.”

Fierce clashes have again broken out between protesters and riot police in Hong Kong as thousands march through the sections of the strife-torn city. It was a day of global protests aimed at casting a shadow on China’s upcoming 70th birthday. Beijing is preparing for huge, tightly-choreographed festivities from tomorrow to mark the founding of the People’s Republic of China, including a massive military parade that will revel in the country’s emergence as a global superpower.

But ongoing unrest in Hong Kong threatens to upstage those celebrations as the semi-autonomous city boils with public anger over the erosion of its special freedoms under Beijing’s rule. Hong Kong protesters have dubbed tomorrow a “Day of Grief”.

Using online forums and social media, demonstrators called for “anti-totalitarian” rallies to be held around the globe. Marches were held in Australia – where more than 1,000 people rallied in Sydney – and Taiwan, with more held in some 40 locations in Europe and North America. Clashes broke out before Hong Kong’s unsanctioned march begun when angry groups in the Causeway Bay shopping district surrounded and heckled officers stopping and searching people.

But the tear gas police fired only emboldened the crowds, who then began walking through the streets in the thousands.

Some hardcore activists vandalised subway stations, tore down banners proclaiming the upcoming 70th anniversary celebrations and set fire to makeshift barricades. Many marchers were holding so-called “Chinazi flags”, a version of the Chinese flag with yellow stars arranged in the shape of a swastika.

Police spent hours firing tear gas and rubber bullets at different downtown locations and made multiple arrests throughout the day.

A news reporter was treated by volunteer medics after being hit in the face with a police projectile, while at least two men were attacked by democracy demonstrators and a taxi was trashed.

One video posted by activists showed police spraying pro-democracy lawmaker Eddie Chu in the face point-blank with what was described as pepper spray, as he argues with the officers. Hospital authorities last night say 13 people were admitted, one in a serious condition.

A 20 year old student, who gave his first name as Tony, was waving a Ukrainian flag.

Many of Hong Kong’s more hardcore protesters take inspiration from the 2014 Ukrainian Revolution, which ousted a pro-Russian president.

“We are hoping that if we connect to different parts of the world and fight against Chinese communism, we will win this movement,” he told AFP.

A 62-year-old protester, who gave his surname as Man, said he felt people’s livelihoods and freedoms had deteriorated since Britain handed Hong Kong to China in 1997.

“I don’t want to topple the regime, but it definitely needs to change,” he told AFP.

“It needs to seek a reconciliation with the people.” 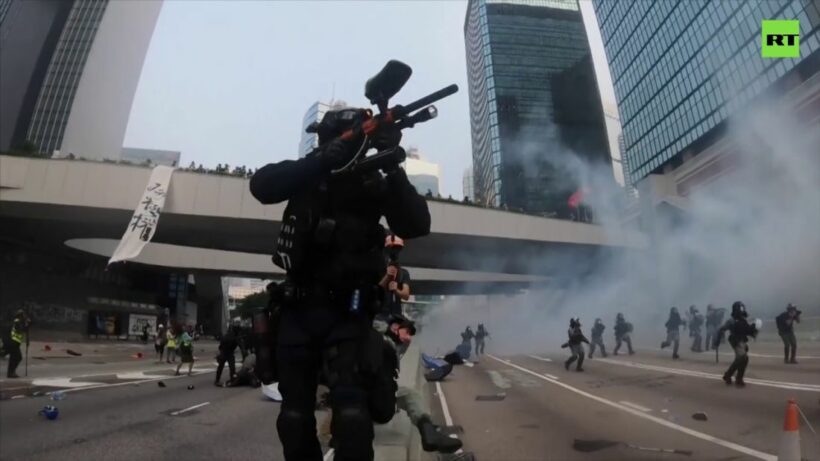 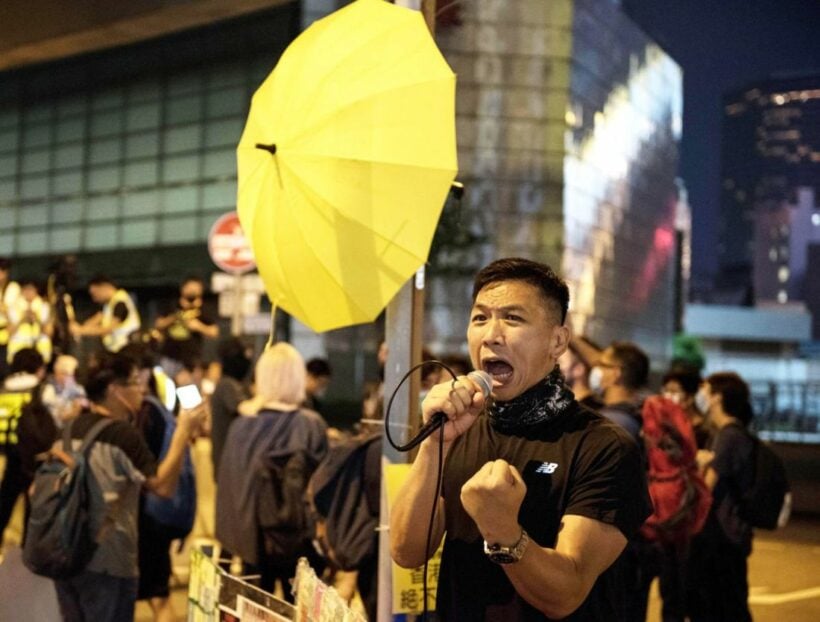 Boris Johnson could be forced to step down as British PM