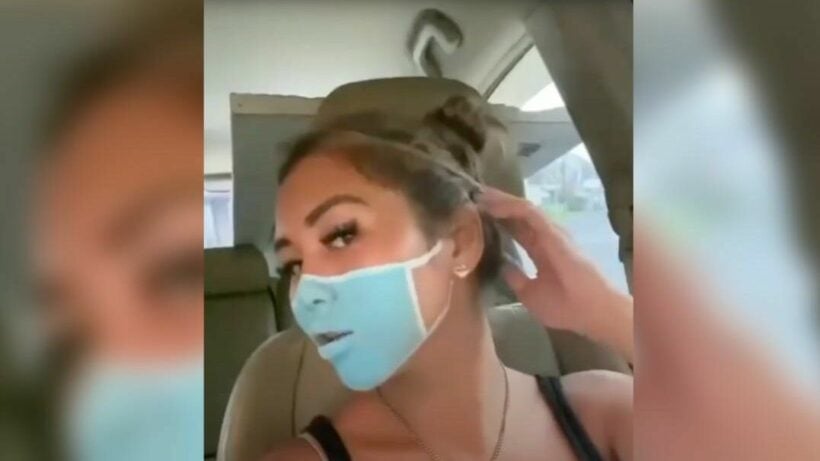 2 YouTubers in Bali, Indonesia may be getting kicked out of the country after posting a video of one of them breaking local mask-wearing regulations. The local government has seized Josh Paler Lin and Leia Se’s passports and are facing deportation as a result of posting the video, which shows them entering a grocery store with Se being turned away for not wearing a mask. Lin then attempts to paint a face mask on her and she is then admitted into the shop.
The video went viral when it was posted on April 22 with Lin having 3.4 million subscribers on YouTube. The move was clearly not the smartest idea as police in Indonesia are issuing fines for first-time mask offenders, with the second time being deportation. Although it was their first offense, the video’s publicity drew so much attention that Balinese officials took their passports. Lin is from Taiwan, but lives in the US, while Se is a Russian citizen. I Putu Surya Dharma, a spokesman from the Ministry of Law and Human Rights in Bali, said they will be examined together.
“They will be examined together with Immigration to take the decision on whether or not to deport them.”
Lin removed the video from his channel and 2 days later, he posted an apology, along with Se and his attorney appearing. They were all wearing masks in the apology video.
“The intention to make this video was not at all to disrespect or invite everyone to not wear mask. I make this video to entertain people because I am a content creator and it is my job to entertain people. We promise not to do it again.”
Indonesia has had 1,651,794 Covid infections with 45,000 deaths. Bali, which relies heavily on tourists, had planned to begin allowing foreign visitors by September 2020, but the ongoing virus situation has delayed the process.
SOURCE: CNN