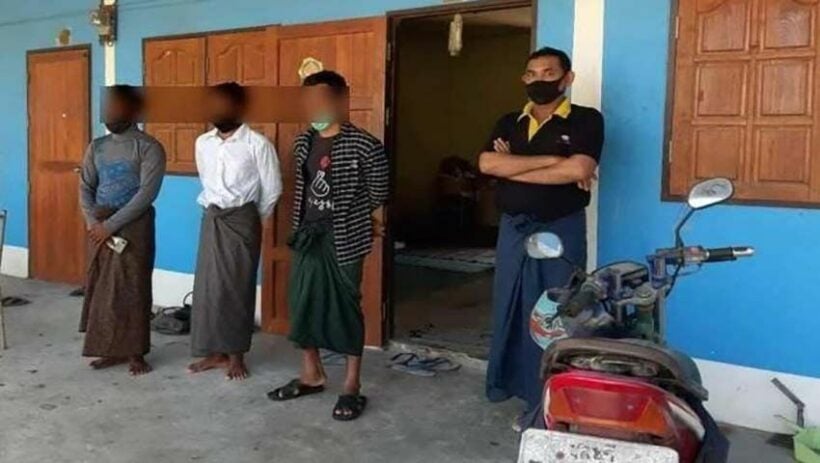 A group of Burmese workers managed to flee a detention area in the Covid-19 hotspot of Samut Sakhon yesterday, with 3 later re-captured in the eastern province of Chon Buri. The Pattaya News reports that photos showing a broken wall went viral on social media, with claims that several migrant workers had smashed the wall and torn down wire fences to escape from enforced quarantine.

The claims have sparked panic among Thai netizens and residents in the area, who are calling on the government to enforce stricter measures on such groups. However, the governor of Samut Sakhon says the photos are old and merely show an unfinished wall that has long been used as a cut-through to the fish market. Weerasak Wijitsaengsri insists migrant workers did not break the wall but admits an unspecified number did flee the area where they were being detained. He says the exact number is not yet known, adding that Samut Sakhon authorities are reinforcing the area with extra razor wire and concrete.

The area has been in lockdown since a Covid-19 outbreak at the fish market, where the workforce is predominantly Burmese. The outbreak has now led to over 1,000 cases and spilled into neighbouring provinces and beyond. Migrant workers have been detained in their accommodation quarters, which the authorities have turned into makeshift quarantine facilities in an effort to contain any further spread of the virus.

Police in Chon Buri have captured 3 of the escaped Burmese workers, whose reason for fleeing was reportedly to visit friends in the area. They have been detained and will undergo health screening. However, the authorities are calling for calm, saying the workers have had no contact with the wider public and had not tested positive for the virus before absconding.