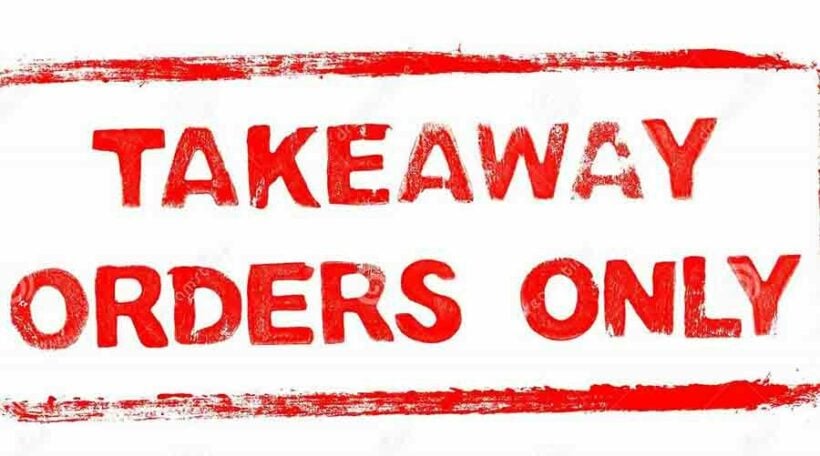 The government’s Covid-19 task force has defended new restrictions that ban dining in at restaurants, saying the country is heading into a fourth wave of the virus. According to a Bangkok Post report, Natthapol Nakpanich from the Centre for Covid-19 Situation Administration says the Delta variant is now spreading across the country.

Acting on the advice of healthcare experts, the government was quick to re-introduce Covid-19 restrictions in Bangkok and a number of other provinces, attracting criticism from restaurant operators and other businesses. Many restaurant owners say they were given no time to prepare and were left with a surplus of freshly-purchased produce they couldn’t sell due to the dine-in ban.

Some restaurant operators have threatened to fight back against the ban, with a campaign called #GooJaperdMuengJaThammai (“We’ll Open, What Are You Going To Do About It?”) taking off on social media. Organisers are threatening to defy the dine-in ban in 3 stages, which the Bangkok Post outlines as follows:

Stage 1 will see 10 – 15 restaurants open in each district of Bangkok, with live music played, but a maximum of 20 customers.

Stage 2 will see businesses opened to regular customers and close friends only, with alcohol served.

In Stage 3, restaurants and beer gardens will set up shop by the roadside, with campaigners making protest speeches.

According to the organisers, lawyers have already been engaged to help restaurants fight any charges of violating the emergency decree. Natthapol has responded by urging people not to participate in the scheme, saying doing so could lead to further spread of Covid-19, putting both restaurant operators and their customers at risk. He points out that many infections have already been traced back to people eating together at restaurants and says operators and employees will be compensated for the financial impact of the new restrictions.

AussieBob
I can feel their frustrations - they are seriously struggling and the Govt is giving them very little if any support. Meanwhile the Thai Govt enforces their closure, when it is very clear that the vast majority of new cases…