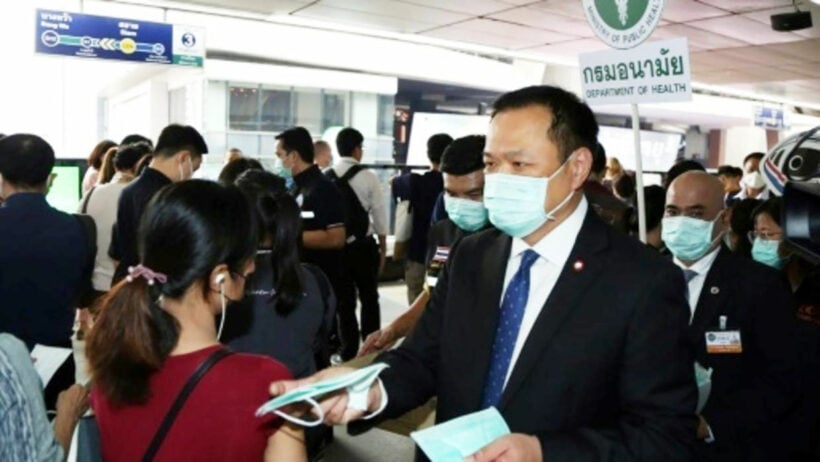 Speaking at a news conference yesterday, Anutin said the infection is being found even in countries and territories that have restricted or closed their borders to Chinese travelers. Instead of a travel ban, he says, the government will focus on increased screening and medical treatment, and a decision not to impose a travel ban will have “a positive result” on Thai-Chinese relations in the future.

His announcement is a U-turn from his previous stance, proposing a suspension of visas-on-arrival for Chinese tourists, a proposal that was  rejected by the Cabinet.
About 10.9 million Chinese nationals visited Thailand in 2019, the largest chunk of tourism revenues for the Kingdom.

Thailand counts 25 patients infected with the coronavirus so far, with eight having fully recovered and been discharged from hospital.
Source: Khaosod