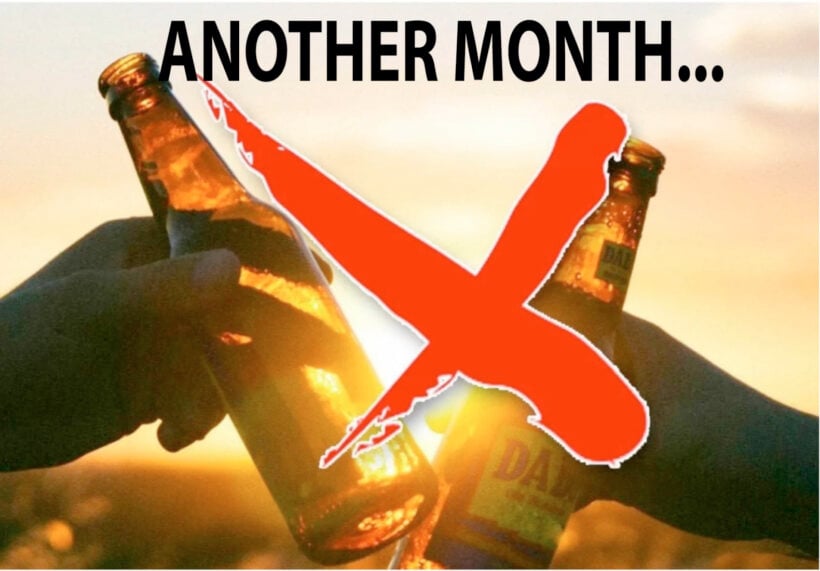 Although some businesses will be allowed to reopen in some locations as of Sunday, a government spokesman has today confirmed that the ban on alcohol sales will remain in place until further notice. While there is no national order banning alcohol sales, all 77 provinces have done so and have now been ordered by PM Prayut Chan-ocha to keep all current restrictions in place.

The sales ban will remain in place ‘until further notice’, according to Ministry of Foreign Affairs deputy spokesperson Natapanu Nopakun (we’re not quite sure how a local alcohol ban comes under the Foreign Affairs Ministry, but… Thailand!). The announcement was made during and English language press briefing…

Kalin Sarasin, chairman of the Thai Chamber of Commerce, added that clothes shops would also be allowed to open from Sunday under the same social distancing restrictions. All businesses that reopen must have strict social distancing measures in place and undergo frequent cleaning throughout the day.

• Anyone entering any reopened business must wear a face mask.

• Hand sanitiser must be provided for customers’ use in all premises.

• There must be at least 1 metre of distance between persons inside the business premises at all times.

Natapanu says people should continue to work from home where possible. Meanwhile, provincial governors have been ordered to closely follow the government guidelines but “can adjust the measures if necessary.”