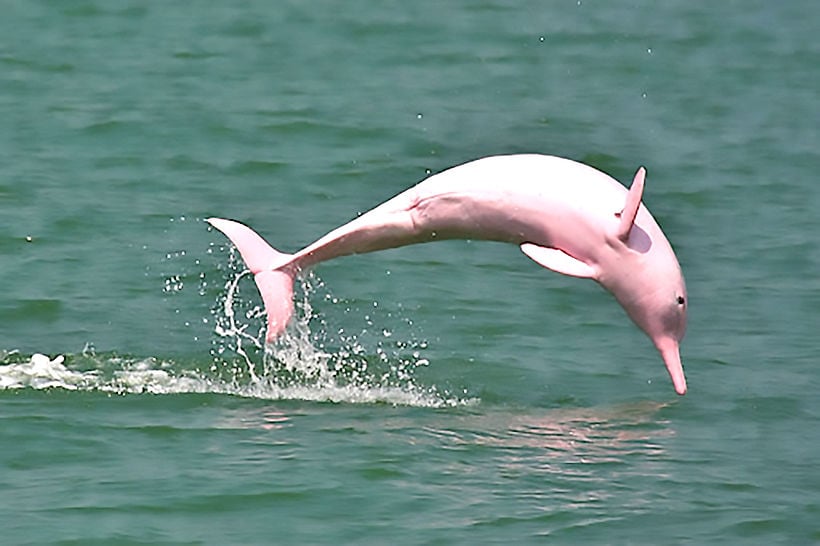 Pink dolphins are extremely rare, mainly found in only a few spots in the world, including parts of China, Hong Kong waters and sections of the Amazon river. So it was a surprise for fishermen in the Gulf of Thailand to have a rare encounter with pink dolphins, which scientists say are becoming bolder in the absence of tourists

The footage shows three pink dolphins swimming close to a fishing boat in calm waters off Koh Phangan, an island in the southern Surat Thani province, near to Koh Samui. 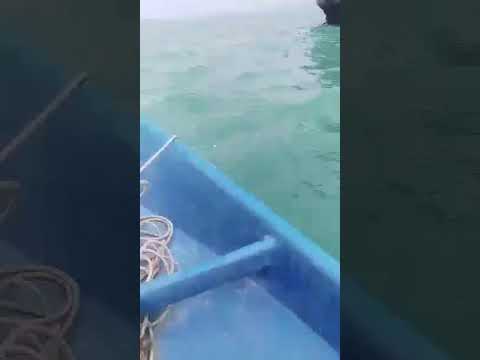 Chaiyot Saedan, the fisherman who provided the video, told Reuters…

“I was so impressed, because I never imagined I would get to see pink dolphins,”

Thailand’s pink dolphins are a subspecies of the Indo-Pacific humpback dolphin and are listed as a vulnerable species by the International Union For Conservation of Nature.

There are just 150 of these pink dolphins living around the Gulf of Thailand, according tothe director of the Phuket Marine Biological Centre.

“Due to less traffic with the coronavirus lockdown, dolphins now have a more comfortable habitat, and that’s why they tend to show up more.”