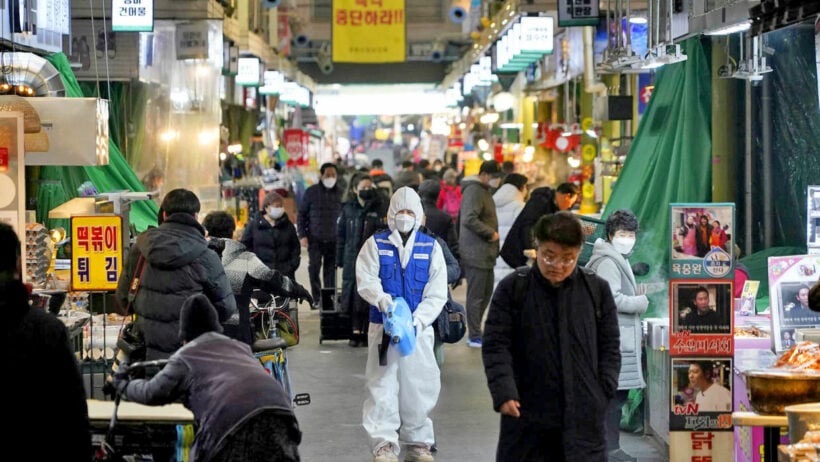 The total confirmed cases of coronavirus (Covid-19) is now 85,217, with 2,924 people having succumbed to the disease. 39,554 people have fully recovered, approaching 50% of total cases. In Thailand there are now 42 confirmed cases with 28 people listed as “recovered”. The latest Thai victim is a 21 year old salesman whose job is said to have exposed him to foreign tourists.

Regions around central South Korea remain a hotzone with 2,931 cases now reported, resulting in 16 deaths. The country has recorded its largest rise in coronavirus infections in a single day, with 594 new cases confirmed in the past 24 hours. The increase brings the total number of infections in South Korea to 2,931, according to the Korea Centres for Disease Control and Prevention. South Korea has the highest number of confirmed cases outside China where the outbreak started.

The other emerging new hotzone is around northern Italy with 889 identified cases and 21 deaths. 20 European countries have now reported cases, including some of the smaller eastern European states.

Thailand’s Disease Control Department is trying to locate all of the passengers who travelled on flight XJ621, from Japan’s Sapporo to Bangkok, on February 20, because 2 of their fellow passengers are now confirmed infected with the virus.

“It is important that the passengers make contact as soon as possible, so they can be advised of important actions they need to take.”

According to the department, passengers on Thai Air Asia’s flight XJ621 from Sapporo who were seated in rows 37, 38, 39, 40 and 41, and who have not yet sought medical advice from a suitably qualified doctor, need to call 096 750 7657 and isolate themselves to avoid contact with other people, including family members, for 14 days.

“Those who do not yet have any flu-like symptoms need not see a doctor, but should remain in isolation.”

In China there has been a major drop in the number of new cases reported this week, particularly outside of Hubei, the central Chinese province where the outbreak began (in the city of Wuhan). This is leading some areas to lower travel restrictions and begin the slow process of getting back to work. Liaoning, a province in northeastern China that borders North Korea, was the first to downgrade the coronavirus emergency response level from the highest level, Level 1, to Level 3 last Saturday. This has been followed by Shanxi, Guangdong, Yunnan, Gansu and Guizhou, accounting for some 305 million people.

The World Health Organisation has now increased its coronavirus risk assessment to “very high” as the cases outside China continue to increase. The growth rate within China’s borders has slowed. But WHO officials say the virus can still be contained if the chain of transmission can be broken.

Dr. Tedros Adhanom Ghebreyesus, the WHO Director General, said yesterday that most cases can still be traced to known contacts or clusters of cases.

GRAPHIC: Infection and death rates have slowly dropped over the past week

The world’s biggest travel trade fair, the annual ITB in Berlin, Germany has been cancelled. Read the full story about that HERE.

The Dow Jones industrial average plunged 900 points shortly after the opening bell. It plummeted nearly 1,200 points on Thursday – its biggest one-day point drop ever. The Standard & Poor’s 500 slid another 2.5%. The Nasdaq Composite dropped 1.7%.

The blue-chip stock average is now well into “correction” territory, a decline of over 10% from a recent high. The Dow and S&P 500 were down more than 10.5% so far this week, heading for their worst weekly performance since the financial crisis in 2008.

A British citizen is the first UK man to die from coronavirus after being infected on the Diamond Princess cruise ship moored in Yokohama Bay, Japan. He is the sixth passenger to die from the virus. Another person has tested positive for the virus in England. This person was infected on his home soil. The total number of coronavirus cases in the UK now stands at 20.

South Korean supergroup BTS, Green Day and the US National Symphony Orchestra are cancelling their upcoming concert dates in Asia amid coronavirus concerns.

“We regret to announce that the BTS Map of the Soul tour … has been cancelled.”The statement issued from Big Hit Entertainment who manage BTS.

Green Day, which was scheduled to perform in Thailand, South Korea, the Philippines, Hong Kong, Japan and Taiwan starting in March as part of its Hella Mega Tour, followed suit. On Friday, the group announced it’s cancelling tour dates in Asia.

The National Symphony Orchestra, meanwhile, cancelled the five remaining performances in Japan, citing a recommendation from Japanese PM Shinzo Abe that major cultural events be cancelled for the next two weeks. 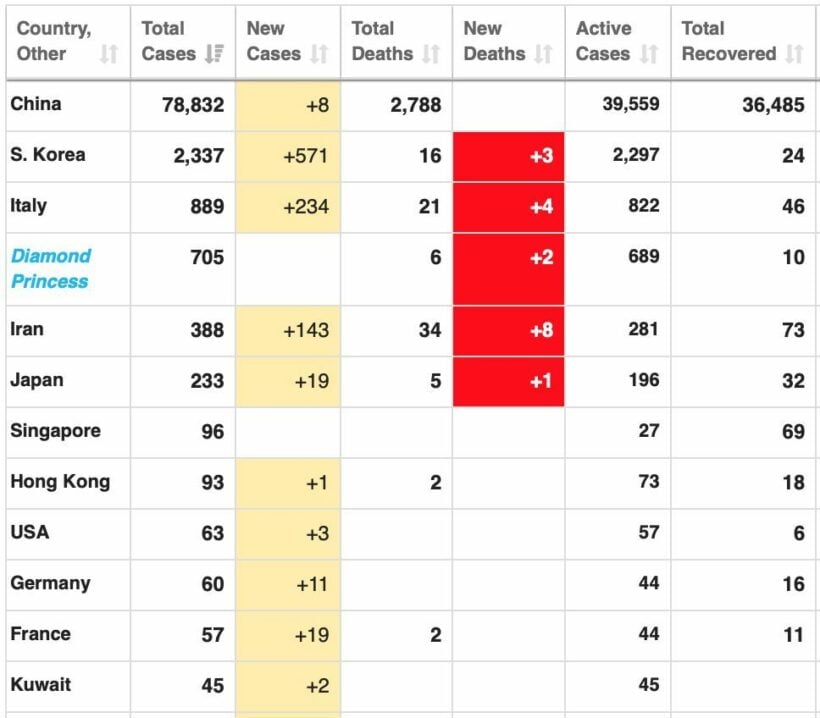 OPINION: Doomsday, the Black Swan and no fear