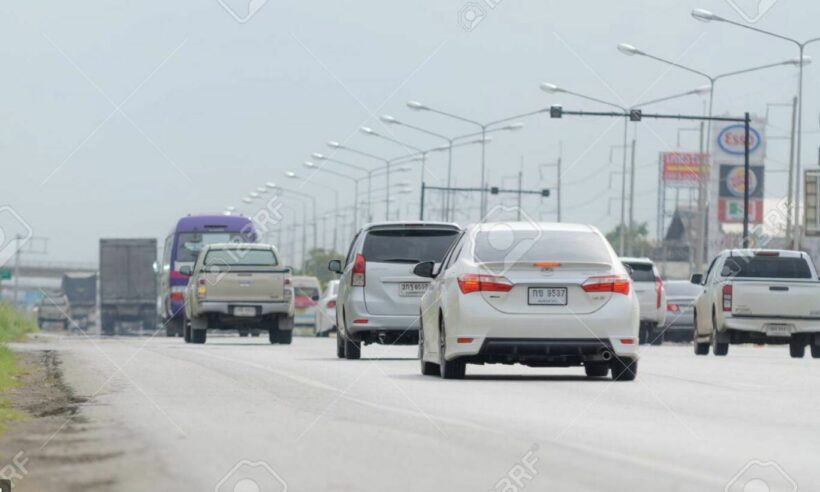 …. before the next round of restrictions come into force at midnight tonight.

Bangkok and 17 other Thai provinces (there are 77 in total) are now declared maximum control areas. These “red zones” are the feature of the Thai Government’s new restrictions to get a grip on its rising Covid infection numbers since the start of April. The restrictions will last for at least 14 days.

From tonight, at midnight, some new restrictions are in force, not only in the red zones but every where else.

Think nightlife, think gatherings of more than 50 people, think restaurants. These are the area the government has generally targeted. The CCSA spokesperson yesterday, and the Thai PM Prayut Chan-o-cha, went out of their way to portray the new restrictions as NOT curfews and NOT lockdowns. But, if you live in a red zone province, including Bangkok, then the new set of restrictions are a lockdown in just about every sense without outright telling people to stay at home.

Everything will have to be closed from 11pm – 4am in the morning, including all convenience stores. Hope you’ve paid your Netflix subscription!

Restaurants and cafes in the red zones will be able to open until 11pm, but dine-in services will only be available until 9pm. Takeaway food can be sold until 11pm to allow the businesses and activities to continue. And there will no alcohol available anyway.

The government is also advising businesses in Bangkok, and other red zone provinces, to allow employees to work from home, or have adequate precautions in place if they need to work in the offices.

Unlike the last two outbreaks of Covid within Thailand, this cluster has emerged from the indulgences of Bangkok’s hi-sos, celebrity and look-at-me culture. The trendy clubs around Thong Lor and Ekkamai are the destination for people that want, or need, to be seen, including some politicians who have either ended up infected or knew someone in the club and pub scene and have had to self-isolate.

The late evening sojourns, with nary a care for masks or social distancing, small spaces, lots of people… it has proven the perfect breeding ground for a new Covid cluster.

Bangkok’s legendary shopping centres and community malls will have to shut their doors by 9pm, a situation now across the board for all Thai shopping centres including places like your local Tesco mall.

At this stage people are being advised not to travel to Bangkok, or any other red zone province, for the next 2 week (after midnight tonight). The travel advisory isn’t an order at this stage, more of a hurry-up-and-get-back-from-your-holidays request.

Last weekend saw the mass exodus out of the city. The same return from the provinces is happening today and tomorrow. Even though the official Songkran holiday ran from Tuesday to Thursday this week, plenty of people have take the Mondays and Friday off last week to end up with an extended 9 day holiday. The government was hoping the longer Songkran break would be a boon for the shattered hospitality and tourism businesses. But last weekends sudden climb of new Covid infections caused some people to cancel or postpone their bookings.

The annual Songkran road toll, usually a national disgrace, was cut by over 50% this year due to the lack of traffic and people deciding to wait it out and catch up with their families later.

Thailand recorded 1,547 new infections around Thailand today, a slight drop from yesterdays’ 1,585 reported new cases. But the last 4 days have revealed the largest list of daily infections since the first case was detected in Thailand on January 13 last year, a 61 year old Chinese passenger on a flight from Wuhan to Suvarnabhumi – the first known case of the novel coronavirus outside of China.

2 leading police from the Thong Lor police station have already been sidelined into inactive posts, a face-saving measure to show the government were being pro-active in reacting to the sloppy enforcement (or non-existent enforcement) of Covid precautions in the district’s active nightlife. Officials are also tracking down the owners of the nightclubs and bars for potential prosecution, principally around Bangkok and in Phuket where parties, promoted and run by a group called ‘Kolour’ ended up becoming Covid spreader events.