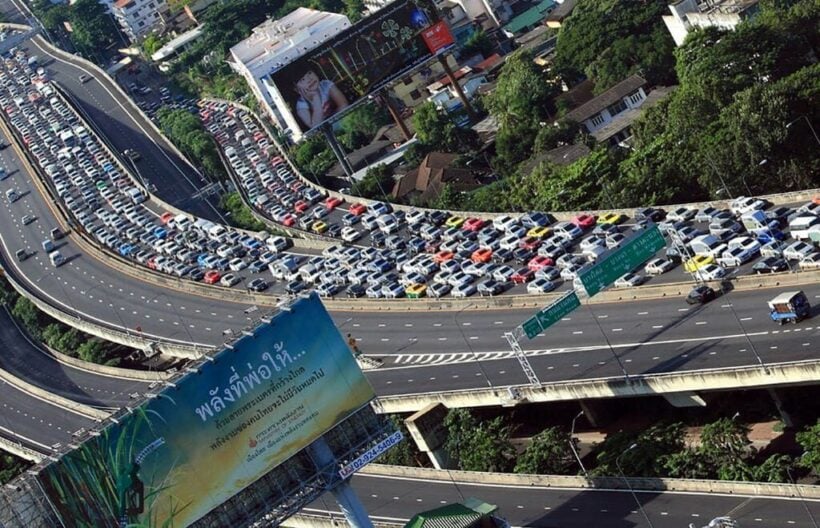 The Thai government has resolved to ‘manage’ its way out of the current Covid outbreak. There won’t be lockdowns or curfews, but there will be earlier closing times and alcohol bans to help provinces stem the growth in new infections. The past 3 days of reporting new infections in Thailand are the highest numbers since the start of the Covid-19 outbreak.

The bulk of the Songkran holiday traffic will surge back into the capital today and tomorrow, a situation the government is carefully monitoring.

The CCSA have designated 18 red zones. The rest of the country remains an orange zone, although these could be modified as the CCSA deem necessary. Provincial governors are also adding local variations to the restrictions.

The Red Zone provinces are…

The new restrictions come into force from tonight (Saturday) at midnight and will stay in force for at least 2 weeks. If new infection rates continue to rise over the next few days it’s likely the 2 week circuit breaker will be extended, and more restrictions applied.

All nightlife, entertainment venues, bars and clubs are being shut around the country, for red and orange zones for the 2 weeks. Same with schools, although most schools are already on an extended Songkran break.

The Thai PM acknowledged yesterday that the government “had learned from the past how damaging a blanket lockdown could be” for small and large businesses, but that the earlier lockdowns had been successful in containing the outbreak last year.

The PM also noted the government’s success after the so-called 2nd wave which started around the coastal seafood industry markets in Samut Sakhon, saying that they were able to successfully rein in the numbers with targeted restrictions and public health management.

Over the past full week, the PM said, he had been directing the national fight to contain the outbreak and attempts to speed up the vaccination rollout.

The government, knowing full well that Songkran travel would exacerbate the spread of the clusters, allowed the holiday to go ahead and families re-unite for the annual celebration, weighing up the economic cost of another total Songkran travel ban.

Popular holiday and expat locations – including Chiang Mai, Phuket and Pattaya – are taking their own steps in addition to the national government’s announced restrictions.

In Pattaya, the Mayor has announced that the city’s popular post-Songkran events will be cancelled for Sunday and Monday, including the Wan Lai Naklua Festival and Kong Khao ritual. But the kite festival and SME Connext goods expo will continue until they conclude on Monday.

In Phuket, the provincial officials have instructed all schools to switch to online classes (the majority of the island’s schools are on break at the moment anyway). Exams can go ahead but with Covid precautions in place.

Acknowledging that tourists are currently on the island, the officials are also doing random checks of hotels around Phuket to make sure staff and guests are adhering to standard Covid precautions.