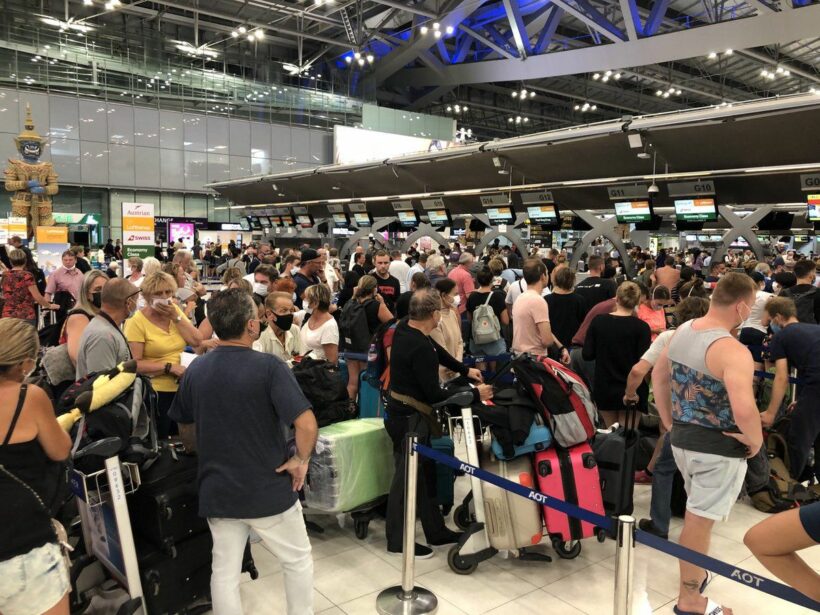 Yesterday, director general Chula Sukmanop of The Civil Aviation Authority of Thailand (CAAT), granted nine airlines permission to halt their flights due to the Covid-19 situation.

Chula says “that the nine airlines that had submitted requests to temporarily halt their operations”.

“Most airlines want to cancel only some flights and some routes, so we have approved their requests accordingly. However, they must have plans to compensate customers who have already bought their tickets and they must notify the customers of flight cancellations in advance.”

Thai Lion Air had earlier announced that they would suspend all domestic and international flights between March 25 and April 30.

Thai Smile, Thai AirAsia and Bangkok Airways also announced that they would suspend all international flights from March 22 until further notice.

The Ministry of Transport had earlier announced that airlines wishing to cancel their flights due to the Covid-19 crisis, must compensate their customers by refunding the cost of tickets and other related fees. In the case where the customers had bought tickets with cash, the refund transaction must be completed within seven days of the customers submitting their request.