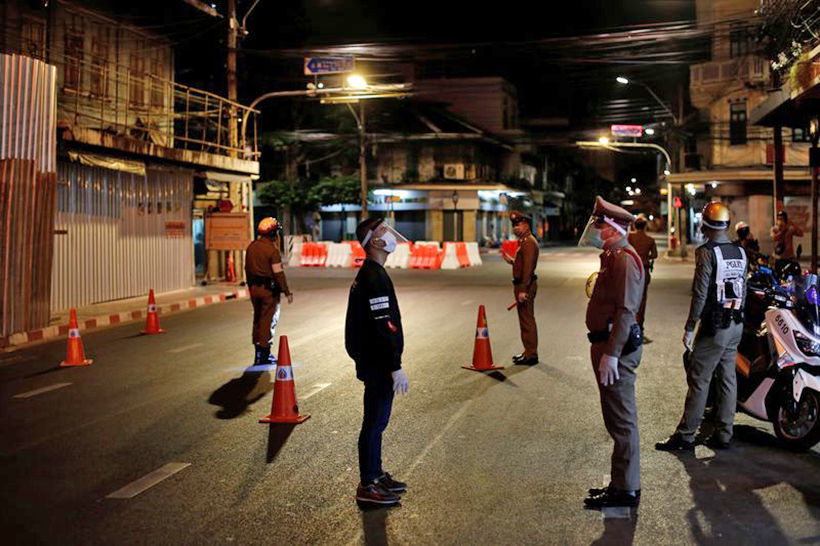 Under Thailand’s state of emergency, a nationwide curfew has been imposed between the hours of 10pm and 4am. Last night 8 people, including 5 Thais, 2 Burmese men and 1 Chinese were arrested in the Patong area of the southern island province of Phuket for breaching the curfew, which began last night to prevent the spread of the Covid-19 coronavirus.

Police apprehended the 8 offenders in tambon Patong of Kathu district on charges of failing to stay at home during the curfew.

All were taken to Patong police station for legal action.

Police have warned of stiff penalties for curfew violators.