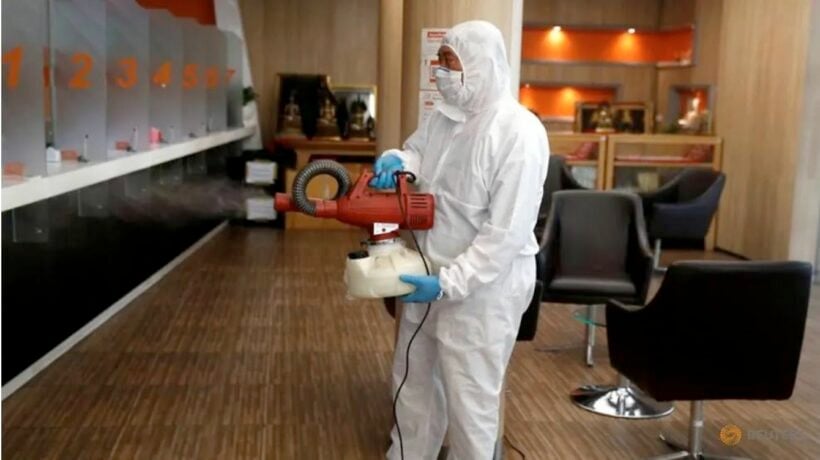 The director-general of the Army Welfare Department has tested positive for the Covid-19 coronavirus and is being treated in hospital. Sixty people who had close contact with him have been quarantined in their homes, including some of the army’s top brass. An army spokeman made the announcement today.

“Sixty people risked infection and home quarantine was ordered for them. They included 36 commanding officers deemed at high risk.”

Officials have traced the activities of Major General Rachit Arunrangsiback 14 days to identify those in close contact with him. Those quarantined include some of the army’s top brass, because they attended the same meeting last week. Others were drivers and family members of people in close contact. The army’s chief, General Apirat Kongsompong was not among them.

Apirat has ordered regular checks to be sure that those in home quarantine obey the order.