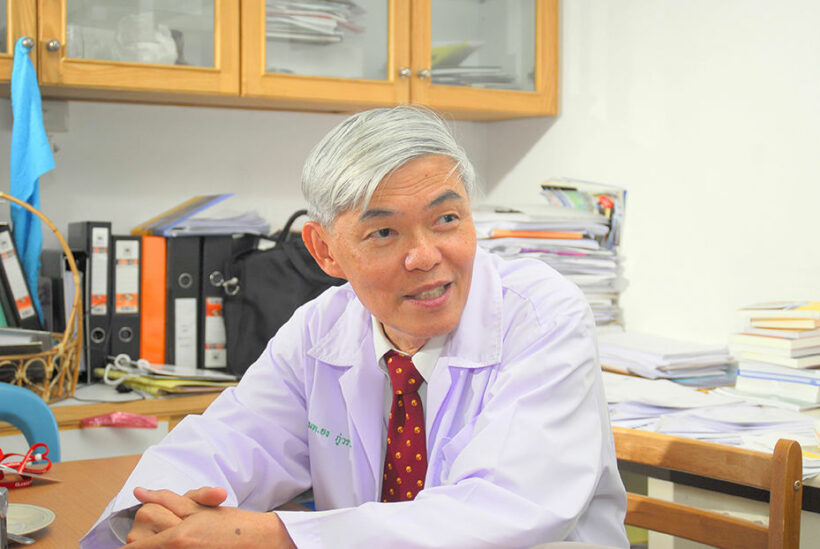 Thailand’s government should cancel all mass activities, social activities and events that draw crowds, and provide easy public access to Covid-19 coronavirus testing, according to the chief of the Centre of Excellence in Clinical Virology at Chulalongkorn University. Well known virologist Dr. Yong Poovorawan made the proposal on his Facebook page today.

Yong says Thailand has been “rehearsing for how to cope” with the outbreak for two months, and it is “about time for real action.” He stressed  that everyone must strictly follow the rules and guidelines issued by the Ministry of Public Health on an almost daily basis.

Yong says that currently, about 10,000 new infections daily are being reported worldwide, and such numbers tend to rise exponentially. He pointed out that group infections has been reported in Thailand, including a group of boxing fans and a popular actor, believed to have caught the illness at Bangkok’s Lumpini Stadium. adding that social measures, such as suspension of all events and large crowd activities, should be suspended to prevent the rapid and widespread transmission of the contagion.

Yong, who predicts Thailand will definitely enter Stage 3 of the virus outbreak, the highest level, says it would be very difficult to screen a large number of people if it’s found that one or two infected people were among a crowd at an event.

He believes Thailand could become the next South Korea if infections keep multiplying, and urges wider public access to coronavirus testing and a proactive approach to stem contagion.

Though he admits this approach will be hugely expensive, he says it is essential if the outbreak is to be contained, as it apparently has been in China.