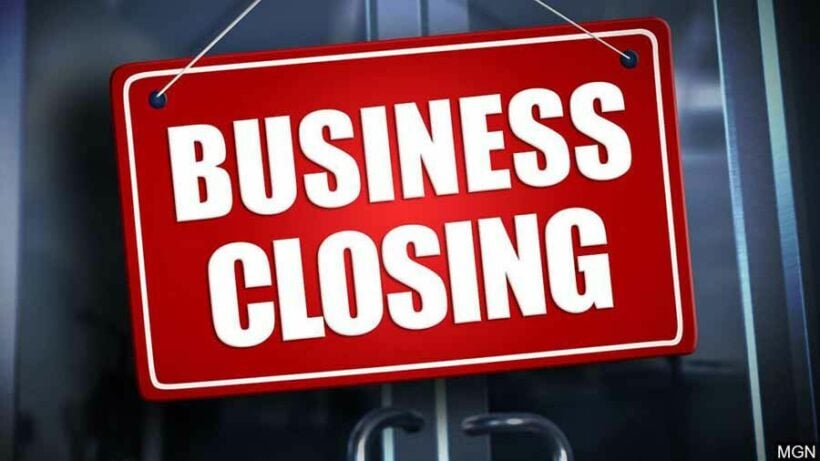 As the devastating economic effects of Covid-19 restrictions persist, a record number of Thai tourism operators are quitting the sector for good. The number of tourism firms surrendering their licences peaked last month, and around 70% of outbound agents have shut up shop indefinitely. The final nail in their collective coffin has been the Covid-19 resurgence, which originated in a seafood market in the central province of Samut Sakhon and has now spread to over 60 provinces.

The president of the Thai Travel Agents Association says around 10% of outbound tour operators have returned their licences to the Tourism Department. Suthiphong Pheunphiphop says 2,598 tourism operators have left the sector for good, unable to survive having no international tourists for nearly a year now. He says the last quarter of 2020 saw the highest number of companies de-registering, at 765. Of those, 293 quit last month.

Suthiphong says domestic tourism may pick up again by April, but this depends on how effective the government is at bringing the second wave of the virus under control. He adds that with the arrival of spring in many parts of the world in the coming months, global infections may fall, but it’s still a waiting game.

“Operators have to wait and see how things turn out in June The outlook for the outbound market is the most difficult to predict as the industry faces highly uncertain factors such as vaccine efficacy and policies in each destination to allow the flow of tourists.”

The TTAA says that in 2019, 11 million Thai tourists spent 430 billion baht on overseas trips. Last year, that plummeted to 1 million spending 50 billion baht. The association has postponed the Thai International Travel Fair, which was due to take place in February. It is now scheduled for August 26 – 29.

According to a Bangkok Post report, the Tourism Minister Phiphat Ratchakitprakarn will meet Labour Minister Suchart Chomklin this week, in order to discuss a co-payment scheme to protect those employed in the tourism industry. It’s understood the proposal is to subsidise 50% of monthly salaries, up to a maximum of 7,500 baht per employee. 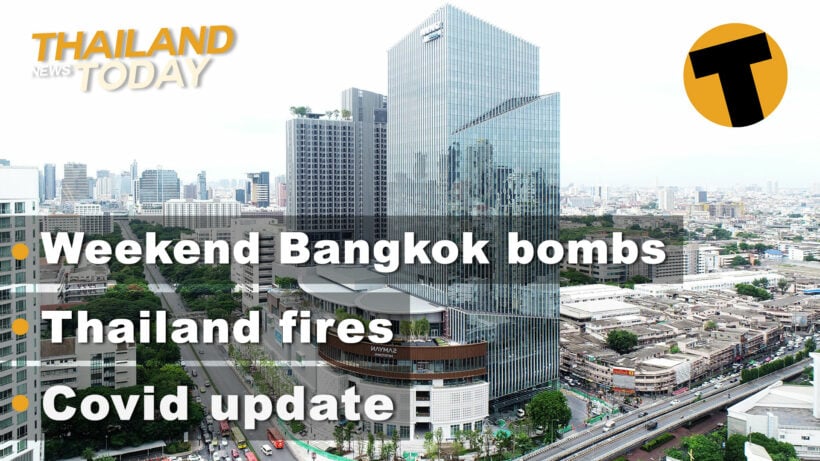 369 new Covid-19 cases were reported today during the daily briefing. Most cases were detected in Samut Sakhon in a mass testing campaign. Thailand currently has 3,147 active Covid-19 cases under treatment and investigation.

12 of today’s newly announced cases were detected in quarantine from people arriving from overseas.

Police say they will issue arrest warrants for at least 2 people in connection to Saturday’s bomb attack near the Chamchuri Shopping Centre and Sam Yan MRT, just a few hundred metres from Lumphini park.

The people are suspected of throwing a ping pong bomb into a group of police officers, njuring 3 policemen and 1 reporter. Metropolitan police say the perpetrators threw the bomb from a vehicle as they were travelling over the flyover. Police found nails, wire and black electrical tape at the scene of the modest explosion.

The attack occurred at 6pm on Saturday, during a pro-democracy rally over the government’s enforcement of the lesé majeste law, which has seen over 43 people arrested, including students, since last November. Just last week, a Thammasat University student was arrested in his dorm room over lese majeste charges.

It might be a while until tourists can visit Australia, or Australians travel overseas. The Australian government has announced that borders might not reopen until at least 2022. Australia is rolling out its local immunisation program next month, but even if most of the population is vaccinated against Covid-19, the Australian government says it will probably wait to make sure the vaccine prevents the transmission of the virus before fully reopening borders.

Australia’s borders are only open for citizens, residents, those with family in Australia and travellers who have been in New Zealand for the previous 14 days. All incoming travellers must quarantine for 14 days unless they come from an area classified as a “green safe travel zone.”

The government announced today…. Already airlines have indicated that if you’re not vaccinated you can’t travel overseas and I think that’ll be an incentive to a lot of people. Looks like I’ll be chatting to family over Zoom for another year.

Thailand is on fire. The burning off of harvested crop plantations is lighting up the agricultural areas. The truth is starkly revealed in this live NASA satellite feed which tracks the fires around the world.

The website Firms.Modaps, shows the concentrations of the current fires around Central Thailand, north of Bangkok, parts of Isaan, north east of Bangkok, and around Chiang Mai in Northern Thailand.

Notably the concentration of fires in northern Cambodia and across the north-western border in Myanmar, is also causing plenty of problems as the foreign smoke drifts across the borders. No matter what Thai officials do to enforce the rice, sugar and corn plantation burn-offs, there is little they can do about the haze drifting across the borders.

Bangkok, so close to clusters of fires, is in for bad air pollution this week, or anytime the light winds of the start of the year blow from the north or the east. The lack of rain adds to the problem, the annual problem, that engulfs Thailand’s capital during days between December and April, with the worst month, statistically, being March.

He is wanted for allegedly sexually assaulting or abusing at least 3 Burmese boys, all under 15 years old, at his home in Tak’s Mae Sot district near the Myanmar border.

According to the Sydney Morning Herald, Adam has claimed the accusations are a “set up.” The Herald notes there is an explicit video allegedly involving Mr. Fox and a boy, as well as messages that go into detail about sexual abuse.

Reports of alleged sexual abuse came in after a local school principal noticed some of the boys had been absent from class, according to human trafficking investigator Daniel Isherwood.