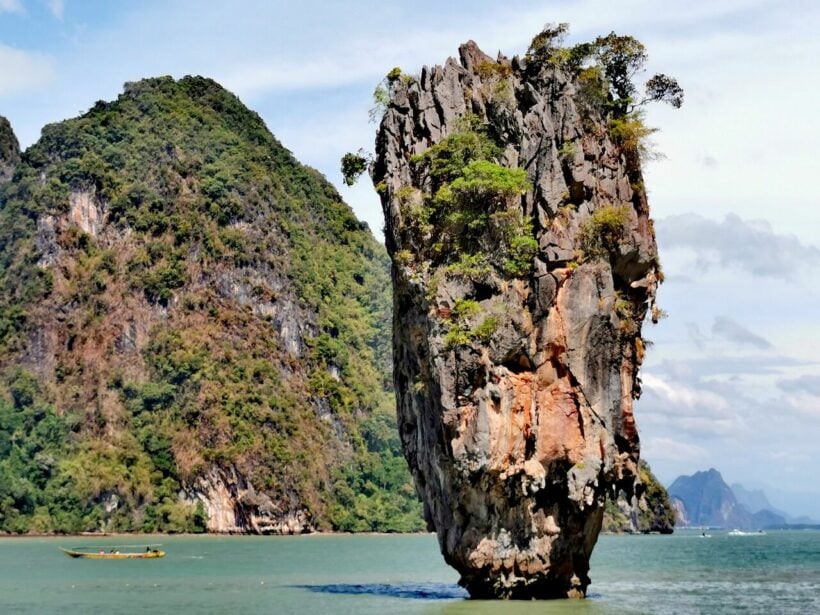 Thailand’s top iconic landmarks represent some of the country’s exotic culture. As such iconic attractions draw in hoards of tourists every year, it is no wonder why when you actually see them for yourself. From beautiful floating markets to all-white temples, here are 8 of the most iconic landmarks to visit in the Land of Smiles.

8 Of Thailand’s Most Iconic Landmarks

These 2 wonderous attractions are arguably the most famous in Thailand. Found within the same grounds, the 2 attract thousands of visitors each year. Their intricate design and architecture are truly magnificent, delighting visitors all around the world. As Wat Phra Kaew is known as the Temple of the Emerald Buddha, it features just that and is one of the most revered religious sites in the country. 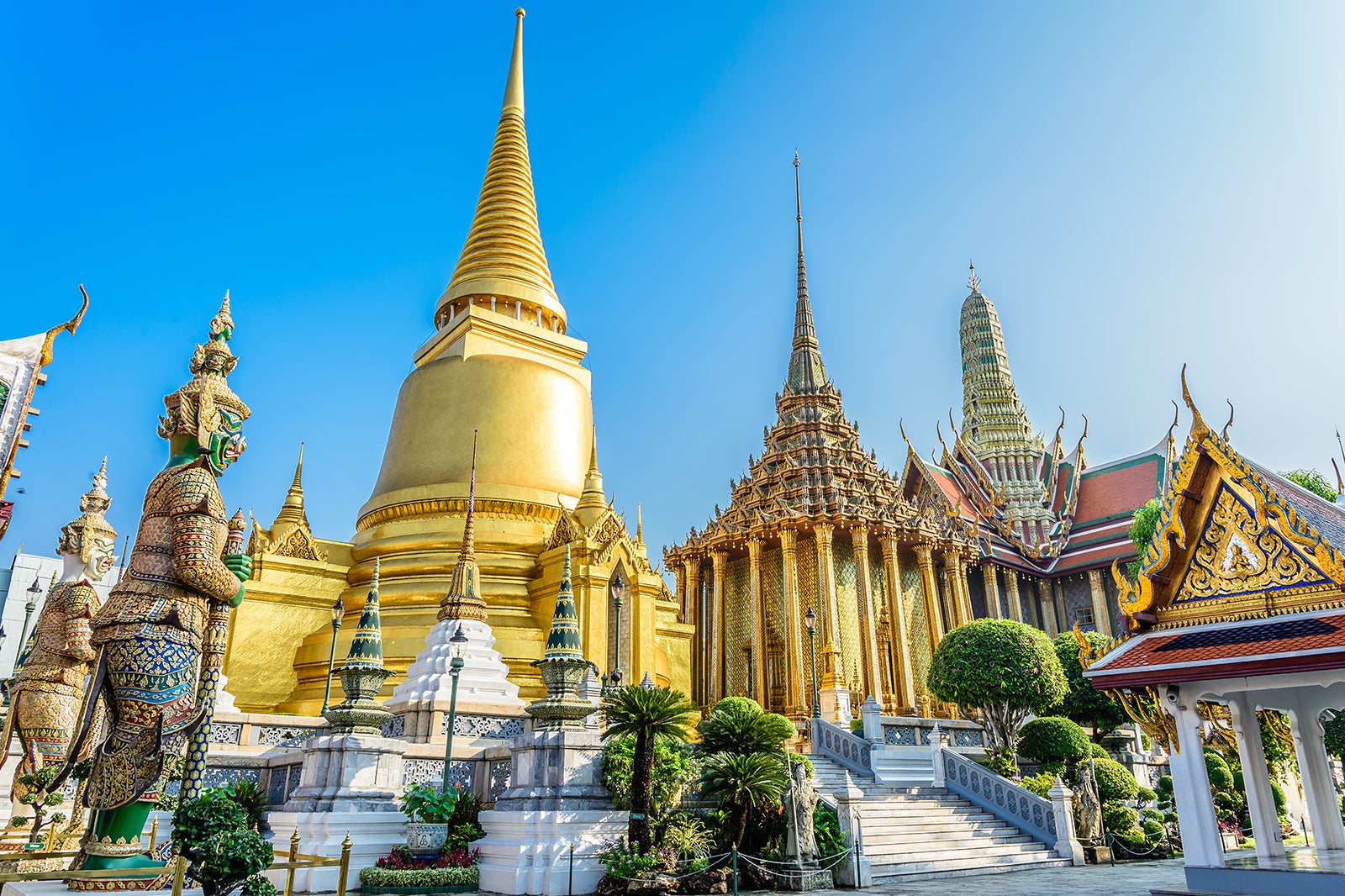 This temple is one of Thailand’s most beautiful temples in the country. Located in Chiang Mai, the temple is a glittering, golden site that is surrounded by pavilions. Inside the temple, visitors can marvel at a relic of the Lord Buddha. And, upon climbing One of Chiang Mai’s major temples, Wat Pratat Doi Suthep has a glittering golden pagoda surrounded by beautiful pavilions and buildings. The pagoda houses a relic of the Lord Buddha. Moreover, to reach this hill-top temple, tourists will have to climb more than 300 steps. However, the view along the way is amazing as it features naga statues that slither down the staircase and spectacular views of the area below.

This all-white temple is found in Chiang Rai, and is quickly becoming a unique and popular attraction. Thus, its white designs look like they are part of a fairytale book. Furthermore, the temple features some controversial artwork that can be reached by a walkway with ghostly limbs reaching up from below.

4. Bridge Over The River Khwai

History buffs will enjoy seeing this symbol of the damage suffered by Thailand during a time of war. The black metal bridge is located in Kanchanaburi province and was part of the Death Railway, which was part of Japan’s plans to link the neighbouring countries. Sadly, the bridge was built using mostly forced labour, and many people perished while building it.

Bridge Over The River Kwai

Even though the name seems unrecognisable, Koh Ta Pu is better known as James Bond Island. Located in the scenic Phang Nga Bay, the rock emerges from the emerald waters along with other limestones in the background. Visitors can see the iconic landmark by travelling just off the coast of Khao Phing Kan. Movie buffs will also be delighted to view this marvellous sight as it was featured in The Man with the Golden Gun. 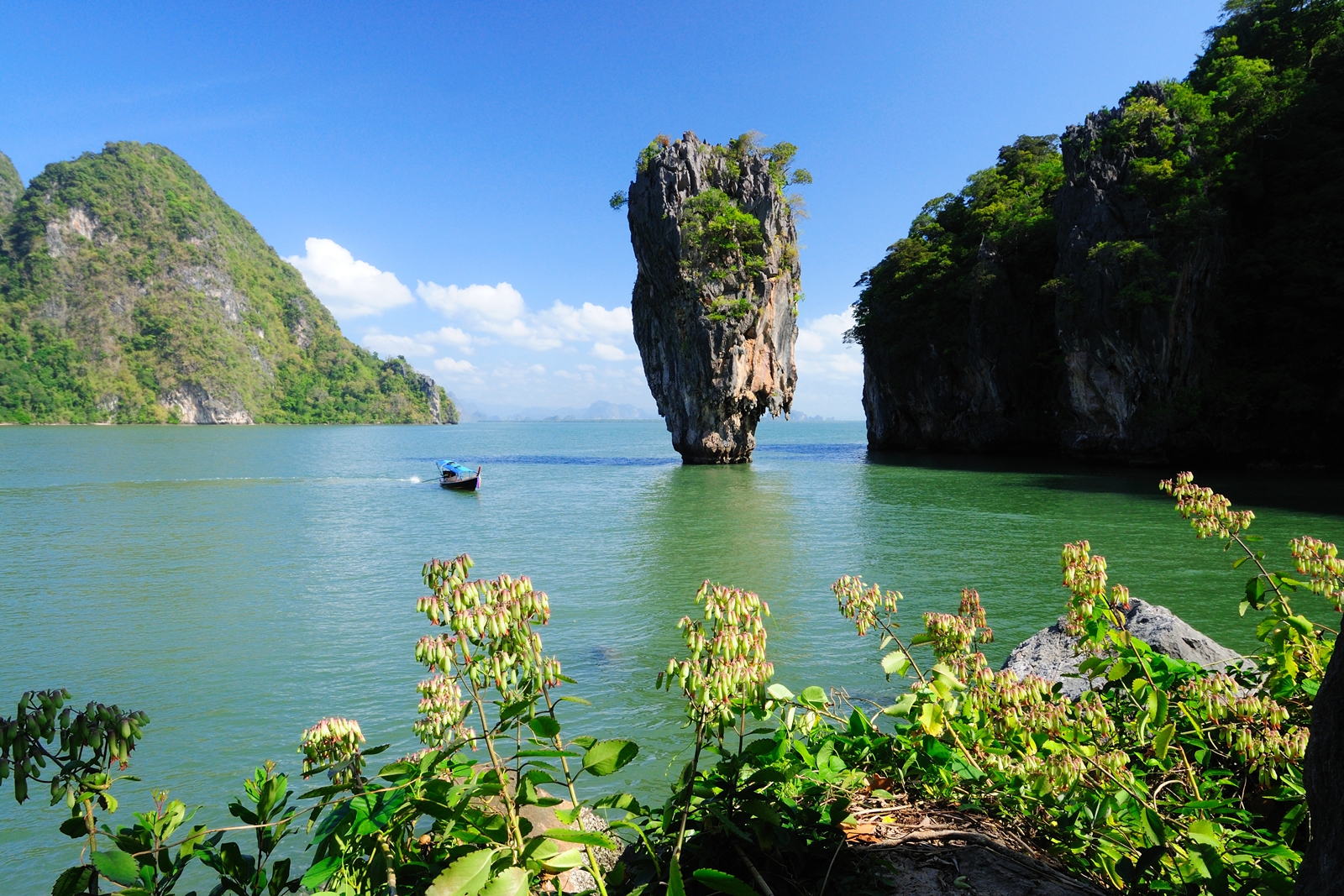 Although it has been closed off to visitors to preserve its marine life, Maya Bay is still viewable by boat. As one of the most famous beaches in Thailand, the bay was featured in The Beach, with Leonardo DiCaprio. As the film made the bay famous, it is still an exotic sight as it is almost fully enclosed by limestone karsts.

Part of Khao Yai National Park, this gorgeous waterfall was also featured in The Beach movie. The large waterfall ends at a pool at the bottom and is surrounded by lush jungles and many types of floras and faunas. Visitors can snap some amazing photos of this natural landmark while hiking around the national park. 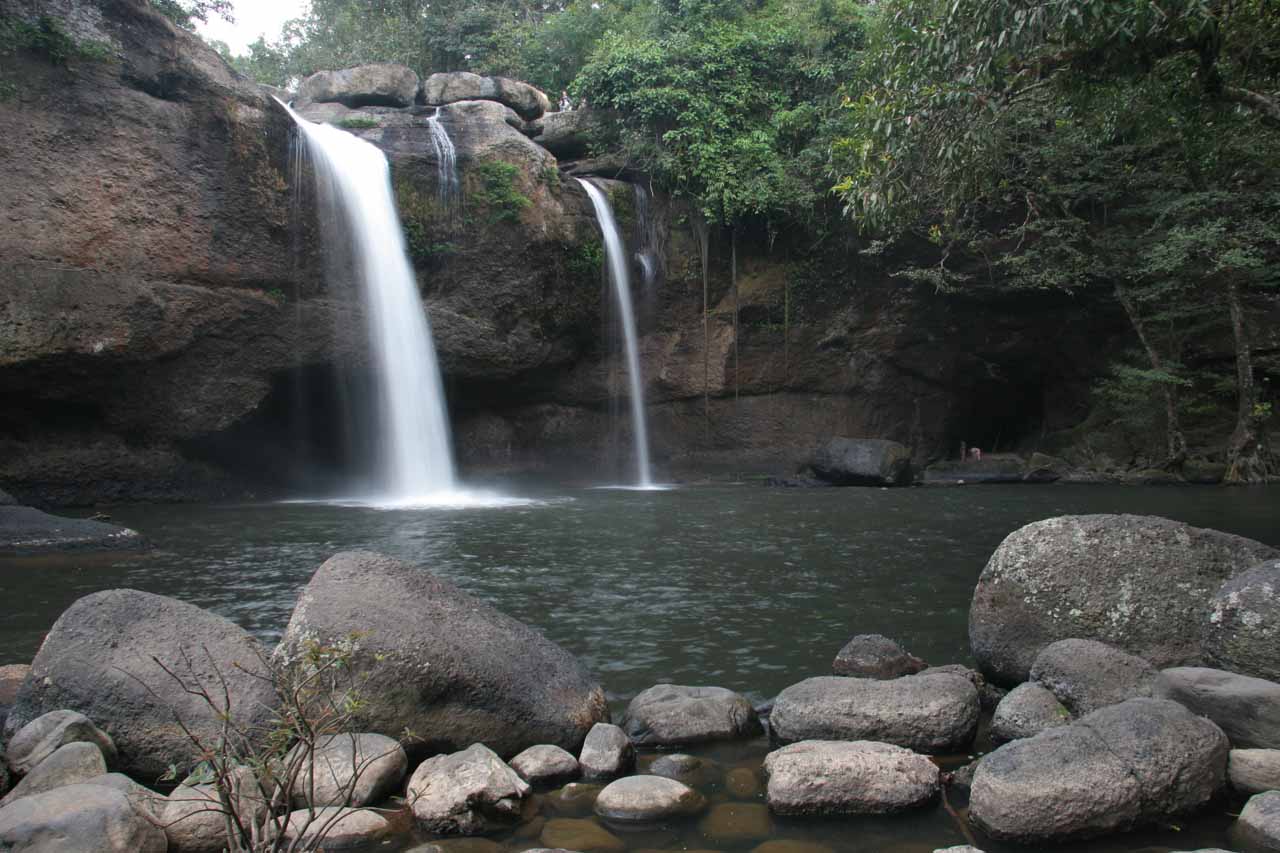 Known as one of Thailand’s most famous iconic floating markets, the Damnoen Saduak Floating Market is just outside of Bangkok. However, it is easy to reach as several buses will take you there. Thus, many flocks to this wonderful attraction in Ratchaburi province as it provides a glimpse into local Thai life. Here, you can eat,0 buy souvenirs, and take a boat down the river and see how Thai people have continued to use water as a means of trade and travel.

History and movie buffs will surely enjoy such landmarks as the James Bond Island or the Bridge Over the River Kwai. However, those who just want to see something out of a cult classic movie will undoubtedly be in awe of several of The Beach movie’s featured landmarks. Regardless of what you are looking for, make sure you don’t miss these truly spectacular attractions when visiting Thailand.