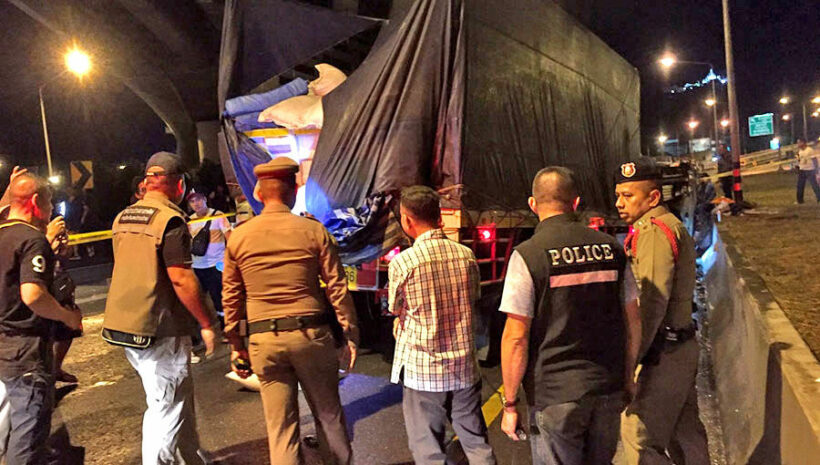 Police have seized about 450 kilograms of crystal methamphetamine (ice), with a street valued around 225 million baht – a major shipment of the illicit drug. The seizure followed a ten-wheel truck ending up on its side after crashing into a traffic island in Phetchaburi province on Friday night.

The truck driver, 45 year old Adinan Laeha, and his 18 year old son, Wilayan, both from the southern province of Narathiwat, ended up with minor injuries in the overturn but are now being questioned by police over the illicit payload found in the truck.

The truck crashed on the main north-south Phetkasem highway near an underpass at about 8.30pm in Phetchaburi’s Muang district.

As the truck turned over, some of its cargo of illicit drugs crashed out onto the road. The first emergency services to arrive on the scene found several suspicious-looking packages wrapped in plastic spilled on the road and alerted police. Police checked some of the packages and found they contained crystal methamphetamine, and there was more inside the truck.

Thailand ranked sixth best in the world for healthcare