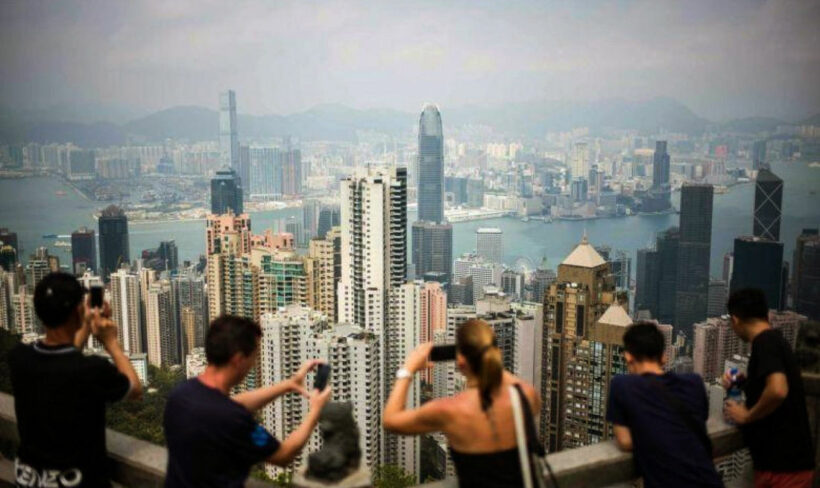 “But now mainland Chinese, who traditionally viewed property in Hong Kong as a safe investment, are opting for rival financial hub Singapore and other south east Asian property hot spots.”

by Sam Reeves, with Catherine Lai in Singapore

Millions have taken to the streets during four months of pro-democracy demonstrations in the southern Chinese city, hammering tourism while also forcing businesses to lay off staff – and the property sector is feeling the pain. Property stocks in one of the world’s most expensive housing markets have plummeted since June, with developers being forced to offer discounts on new projects and cutting office rents.

Hong Kong businessman Peter Ng bought a condominium on the Malaysian island of Penang – which has a substantial ethnic Chinese population and is popular among Hong Kongers – after the protests erupted.

A 48 year old stock market and property investor told AFP he was worried about long-term damage to the Hong Kong economy if the unrest persists.

“The instability was a catalyst for me. Investors will always look at things like that, political stability.”

And Derek Lee, a Hong Kong businessman who owns a Penang apartment, said he knew others in the semi-autonomous city who were considering investing in south east Asian property because of the unrest.

“People are thinking about how to quicken their ideas, how to make a more stable life,” the 55 year old told AFP. Part of the allure of Malaysia is its relative affordability and prices much lower than Hong Kong.

The Malaysia site of Southeast Asian real estate platform Property Guru has seen a 35 percent increase in visits from Hong Kong, according to its CEO Hari Krishnan.

While Hong Kong’s protests are primarily pushing for greater democratic freedoms and police accountability, the summer of rage has been fuelled by years of simmering anger towards Beijing and the local government over falling living standards and the high costs of living.

Hong Kong’s property market is one of least affordable in the world with sky-high prices fuelled, in part, by wealthy mainlanders snapping up investments in a city which has failed for years to build enough flats to meet demand.

But now mainland Chinese, who traditionally viewed property in Hong Kong as a safe investment, are opting for rival financial hub Singapore as a result of the protests and the US-China trade war, according to observers.

There has been a jump this year in sales of luxury apartments in the city-state, which like Hong Kong is known for pricey property, driven partially by mainland Chinese buyers, according to the consultancy OrangeTee & Tie.

“The protests in Hong Kong have made some of the (mainland Chinese) based there… (more concerned) about investing in Hong Kong real estate, so they carry that investment to Singapore,” said Alan Cheong, executive director of the research and consultancy team at Savills.

As well as hitting China’s economy, trade tensions may have discouraged some Chinese from investing in the West and pushed them towards Singapore, with its mostly ethnic Chinese population.

“I think they don’t want to go to the West.”

Singapore is “the closest country culturally to China other than Hong Kong and I think they feel more comfortable with that”. There are further signs the stable, tightly ruled city is benefiting from the Hong Kong turmoil. Goldman Sachs last week estimated as much as $4 billion flowed out of Hong Kong to Singapore this summer.

“Hong Kong property share prices have corrected by about 15 to 25% since July,” said Raymond Cheng, head of Hong Kong and China property at CGS-CIMB Securities International.

Residential sales were still holding up but only when developers offered discounts, office rents were expected to fall by as much as five percent and shop rents were also badly affected, he said.

But despite the unrest, businessman Ng, who will rent his Penang property and has no plans to move there permanently for now, was still hopeful about Hong Kong’s long-term prospects.

“The problem may not be solved in the short term but it is not so serious as pessimists think. Everything is still in the government’s control.”

Guaranteed rental returns – Are they real?