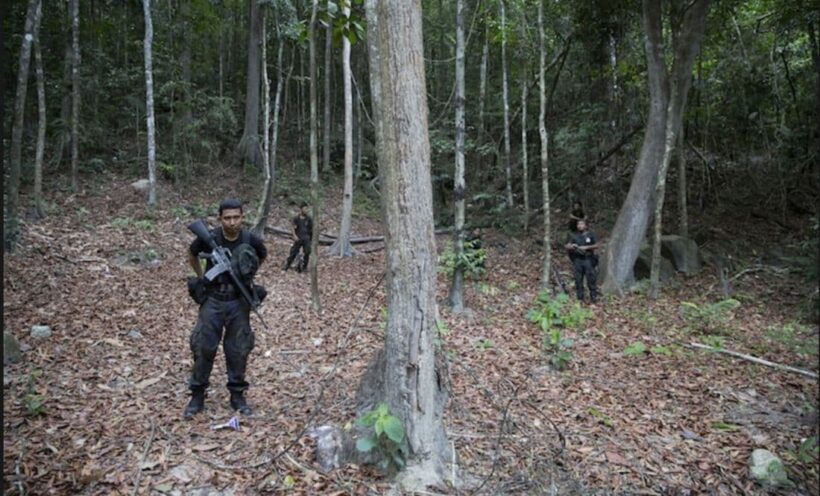 A Thai man has been arrested for allegedly trying to smuggle 21 undocumented Burmese migrants from Thailand’s south across the border into Malaysia.

A resort in Tambon Patong of Songkhla’s Hat Yai district was searched by soldiers and police earlier today (Monday) and discovered five Burmese men and two women in two of the rooms.

Their account to police led to the arrest of Pongpipat Suwanraksa, who was staying in another room. Pongpipat was charged with smuggling the migrants into Thailand and attempting to traffic them across the border to Malaysia.

After questioning Pongpipat, the authorities went on to search a forest in Moo 1 village of the same tambon and found 13 more Burmese men and one woman, who looked tired and hungry. None of them had eaten for three days and some had become ill.

They told police they were waiting to be taken to Malaysia and their alleged trafficker had ordered them not to leave the spot, so they waited in the forest. 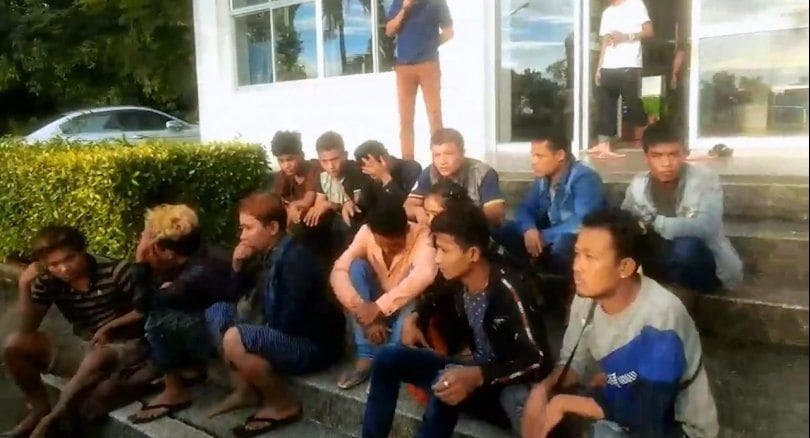