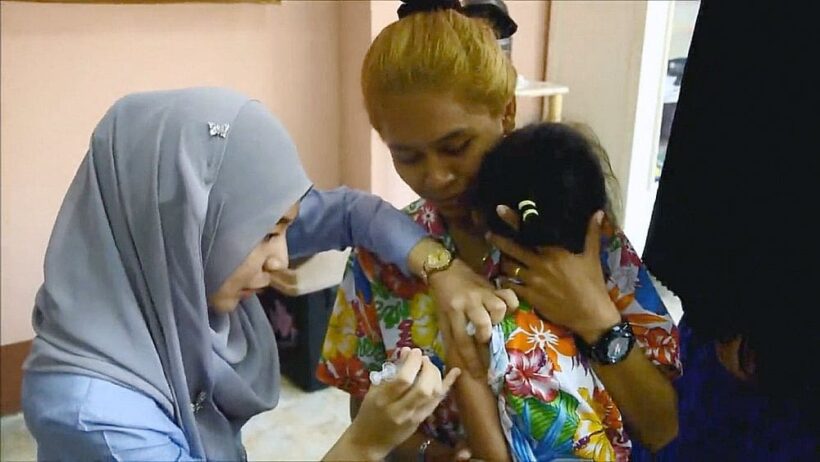 The southern province of Narathiwat is stepping up vaccinations against measles as the disease has already claimed up to twelve lives in Yala and Pattani since June this year.

A huge number of youngsters aged between one and five in Yala and Pattani have come down with measles in recent months, claiming the lives of 12 children.

The disease has been spreading from the two provinces to Narathiwat. To date, measles have struck 77 people in Narathiwat, with most patients coming from Rusoh district, which borders Yala.

He said vaccination was the best way to prevent the contagious disease from spreading.

“We hope we can vaccinate all children at risky schools within the first two weeks of the new semester,” he said.

He added that vaccination teams would then start injecting other local children.