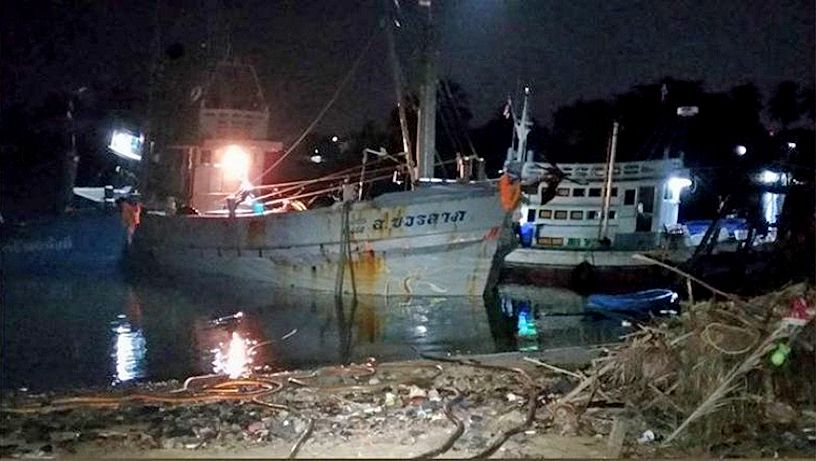 Thirteen people have been arrested following the largest seizure of smuggled petrol in the South in years.

Soldiers and paramilitary rangers intercepted 290,000 litres of petrol being smuggled at a pier in Nakhon Si Thammarat’s Tha Sala district after a stake-out this morning. Customs and excise officials inspected the petrol and vehicles before handing the matter and the suspects over to the police.

Two modified 20 metre vessels, the Ore Feungfa and Khajornlarp, docked at the pier with 290,000 litres of gasoline in their holds. Officials also impounded four 18-wheel trucks and a six-wheel truck parked nearby ready to take on the shipment.

The 13 suspects apprehended included the boats’ skippers and crewmembers and the truck drivers. Several boat crewmembers jumped into the sea and escaped arrest.

Officials claimed that Somsak Narongdech, skipper of the Ore Feungfa, confessed he had received the shipment in international waters and was going to offload it to the trucks, but he didn’t know the final destination. He reportedly said he handled six or seven such shipments a month.

Yothin Pengsawat, driver of one of the 18-wheel trucks, purportedly said he was supposed to take the petrol to a customer in Nakhon Sawan.