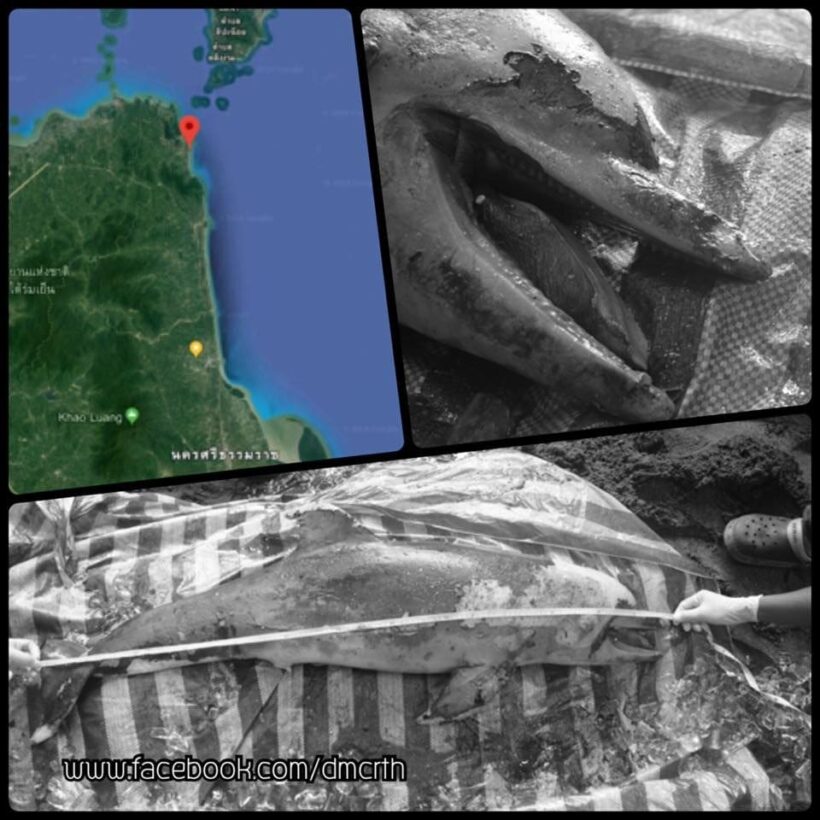 Following Sunday’s discovery of a dead porpoise on Sunday, a bottlenose dolphin has been found dead on a beach in Nakhon Si Thammarat as well following last Friday’s storm.

The Department of Marine and Coastal Resources (DMCR) reports that they were informed yesterday by Vachirapong Sakunrat who found the dead dolphin at Nadan Beach in Khanom, Nakhon Si Thammarat.

DMCR Officials found that it was a female bottlenose dolphin, 1.2 metres long. They believe that the dolphin had been dead for at least five days before it was found.

Dry blood was found on its head and internal organs had already started to rot. It is believed that the dolphin probably died after getting lost or separated from its mother. A DNA test is being conducted for further conclusions about its origins and cause of death.

A Finless porpoise was found dead on a beach in Nakhon Si Thammarat over the weekend following last Friday’s storm.

Read more about that discovery HERE.