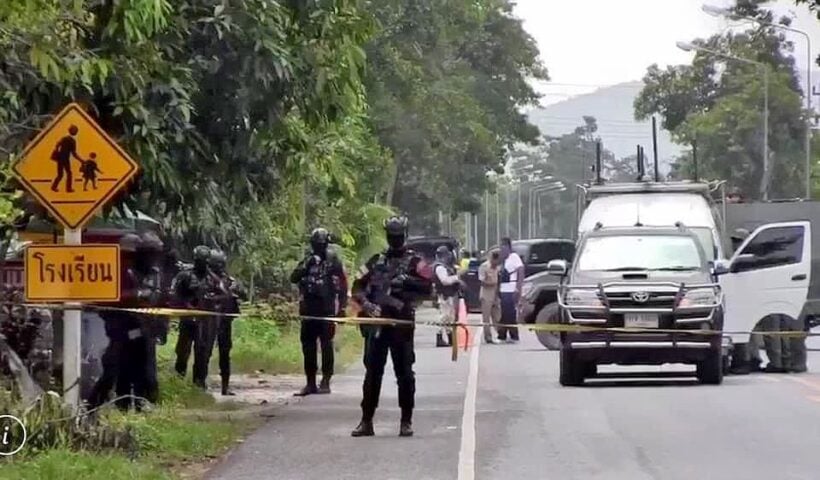 After a spate of unrest leading up to New Year, another random bombing in the South.

A ranger guarding a school in Pattani’s Yarang district has been injured after insurgents detonated a homemade bomb this morning.

28 year old Private First Class Sarawut Ahmamool, from the 22nd Ranger Regiment was severely injured in the 8am explosion about 100 metres from the Thairath Witthaya 52 School in Ban Pong Sakho in Tambon Mohmawee.

Sarawut sustained shrapnel injuries to his body and arms and was rushed to Yala Hospital.

The bomb, hidden under a plant pot beneath a roadside marble bench, caused a 40 x 30 centimetre sized hole.

Sarawut and five other rangers were stationed at the spot to provide morning security for teachers and students as they arrived at the school. Police say suspected insurgents detonated the bomb with a walkie-talkie and the blast hurled Sarawut from where he was standing.

Police rushed to the scene to check for hiding insurgents but found none.

Insurgents murder teacher and use his vehicle as a car bomb