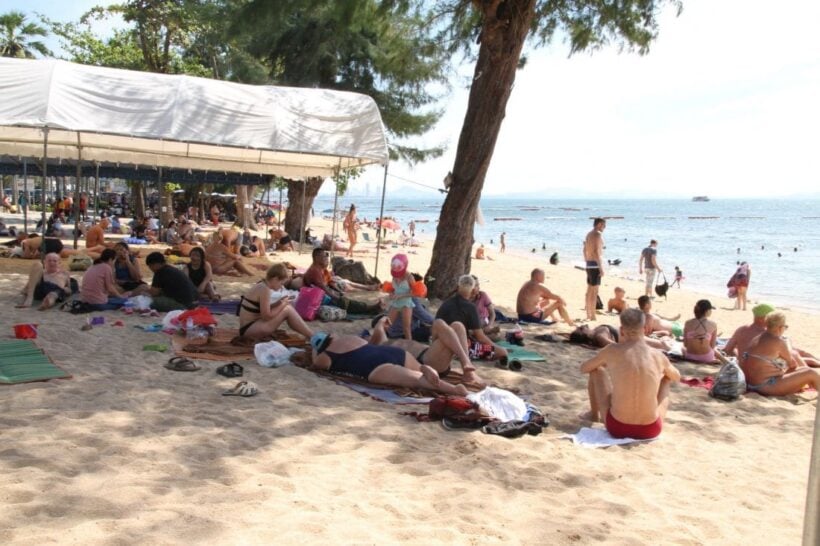 Sophon Cable has quoted a leading business and tourism official who said that Pattaya was booming and only good times are ahead for the resort.

They trumpeted that New Year was a fantastic success with all the shows and giveaways, and the upcoming events meant that “family friendly” Pattaya was “all systems go” and just boom boom into the future.

The Thaiger interprets his ‘boom boom’ to refer to economic boom.

Ekkasit Ngamphichet – the chief of the Business and Tourism Association of Pattaya – said that New Year was “simply wonderful in Pattaya”. Occupancy reports suggest that hotels were crammed to virtually 100% of available rooms.

The report states that Chinese and Japanese tourists, in particular, ‘arrived in droves’, especially the F.I.T. tourists. These are the “free independent travelers” not on group tours that are selecting Pattaya as their destination of choice, he claimed.

Ekkasit says that Pattaya had organised two full days of ‘breathtaking events’ at New Year to attract tourists. The highlight was the giving away of a million baht pick-up on New Year’s Eve by Mono 29.

“This all points the way to a great future.”

He pointed out that the fun never stops in Pattaya and events such as the official opening of the new beach, the Pattaya Music Festival and the International Fireworks would keep both domestic and international tourists flooding in.

“In addition preparations and events would be held this year ahead of 2020’s “60th Anniversary of Pattaya” that promises to be a further reason to come to the resort.”