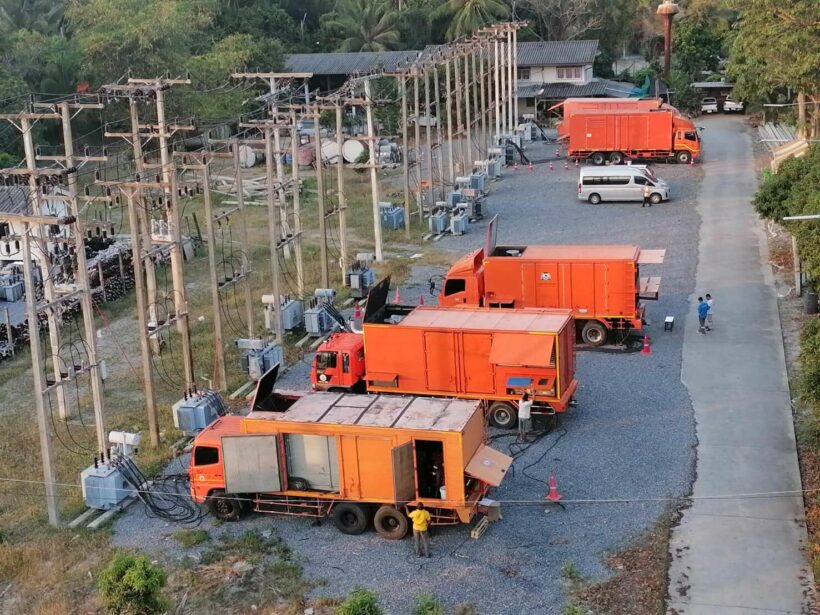 Electricity is back on Koh Samui and Koh Pha Ngan after an underwater cable supplying electricity to the islands was damaged. Yesterday, blackouts swept over both islands in the Gulf of Thailand off the Surat Thani coast.

The underwater cable runs from the mainland in Nakhon Si Thammarat’s Khanom district to Koh Samui. Apparently, the blackout was a “normal accident,” Jakkrit says.

During the blackout, mobile power generating trucks were used to supply electricity to affected areas.